The aircraft was on a routine training mission with one pilot on board when the crash happened at 11:30 p.m., according to the message.

“The name of the pilot is being withheld until 24 hours after next of kin notification,” according to the message. “Out of respect and consideration for the family, we ask for your patience and to avoid speculation until we release more information.”

A video online shows that the jet was consumed by the post crash fire. The pilot was taken to Prisma Tuomey Hospital for treatment where they later died.

Two unconfirmed sources suggested the accident may have been caused by an inability of the aircraft to extend its landing gear into the landing configuration.

The unverified report said that the aircraft then “flew as low as possible” so the pilot could eject. The report, shared by the AirForce amn/nco/snco Facebook page, went on to read that the aircraft “crashed and flipped”. The unverified social media report said that another F-16 attempted to determine if the landing gear on the crash aircraft had extended correctly, but may not have been able to do so because of darkness at the time of the accident.

This latest crash continues a series of accidents during the past seven weeks for the U.S. Air Force that has included the loss of an F-35A Lightning II and an F-22A Raptor, both advanced, fifth generation aircraft, in addition to an F-15C Eagle and a C-130 Hercules.

Shaw AFB is home to three squadrons of Block 50 F-16CMs, which specialize in the suppression/destruction of enemy air defenses and are commonly referred to as Wild Weasels due to their unique mission set. 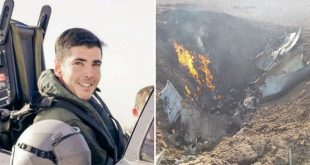