Two were killed and three more were injured in the tragic incident.

“An element of U.S. Army Special Operations Command was conducting routine training in the vicinity of Coronado, California, on August 27, when an aircraft incident occurred,” the spokesperson said in a statement. “Two Soldiers were killed and three were injured. The area has been secured and an investigation into the incident is underway. More information will be released 24-hours following next of kin notification. Our sincere condolences go out the families and friends of the deceased. We thank you for not contacting them during this difficult time.”

San Clemente, a U.S. Navy-controlled island 70 miles west of San Diego, has an airfield, a bombing range and a training facility used by special operations units. The island falls under the command of Naval Base Coronado.

This incident comes after nine service members were killed July 30 in an amphibious assault vehicle while returning from a training raid at San Clemente Island.

Eight of 15 Marines on board the AAV and one sailor died in that accident.

Black Hawk helicopters — UH-60s — entered service in the late 1970s but have been updated over the years. Variants of the helicopter are also flown by the Navy, Coast Guard and Air Force. 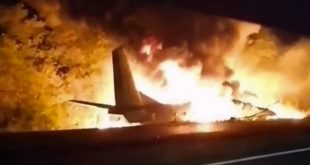