A Bangladesh Air Force C-130 transport plane made an emergency landing at Khabarovsk airport in Russia.

Local officials said two of the plane’s four turboprops failed and it landed safely at Khabarovsk International airport in the Russian Far East.

Damage to the aircraft has not been determined. It is specified that there are no casualties as a result of the incident.

The Hercules is the Bangladesh Air Force’s primary tactical transport aircraft in its current C-130E and C-130J versions.

The government has procured five C-130J aircrafts from the United Kingdom (UK) as part of its efforts to modernise Bangladesh Air Force (BAF).

The United States (US) origin aircrafts were procured through an agreement with Royal Air Force in UK while the maintenance agreement was signed with Marshal Aerospace and Defence Group, said Director of the ISPR Directorate Lt Col Abdullah Ibne Jayed.

Capable of using unprepared runways for takeoffs and landings, the C-130 was originally designed as a troop, medevac, and cargo transport aircraft. 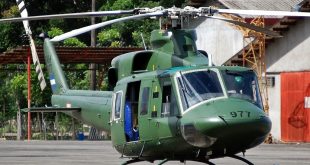