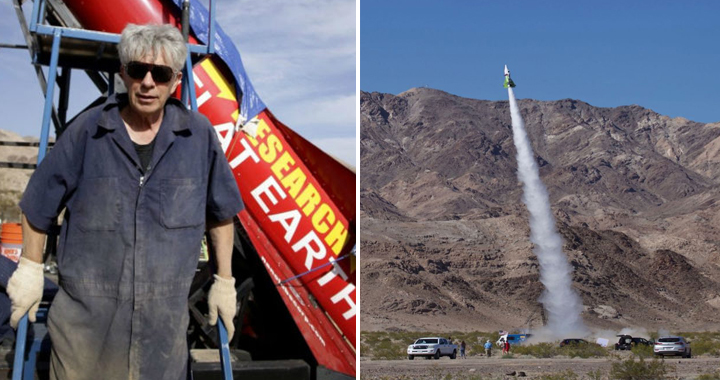 On February 22, 2019, Daredevil “Mad” Mike Hughes died after his homemade rocket crashed into the ground outside of Barstow, California.

Hughes launched himself inside the steam-powered rocket in hopes that he might sail high enough into the atmosphere to prove that the Earth is flat. He was 64.

A video on social media shows a rocket being fired into the sky before plummeting to the ground nearby.

Hughes was well-known for his belief that the Earth was flat. He hoped to prove his theory by going to space.

Saturday’s launch was reportedly filmed as part of Homemade Astronauts, a new TV series about amateur rocket makers to be aired on the US Science Channel. The project had to be carried out on a tight budget.

With the help of his partner Waldo Stakes, Hughes was trying to reach an altitude of 5,000ft (1,525m) while riding his steam-powered rocket, according to Space.com.

In the video of the launch, a parachute can be seen trailing behind the rocket, apparently deployed too early, seconds after take-off.

San Bernardino County Sheriff’s Department said its officers were called to a rocket launch event at around 14:00 local time (22:00 GMT) on Saturday. The sheriff’s office said “a man was pronounced deceased after the rocket crashed in the open desert”. Hughes’ publicist confirmed to US media outlets that it was the pilot who had been killed.

Mad Mike and his assistants built the homemade rocket in his backyard, spending around $18,000 (£14,000). The rocket uses steam ejected through a nozzle for propulsion. 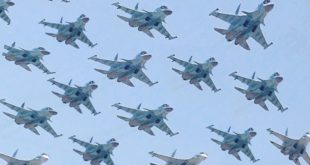