The Department of National Defence’s Airworthiness Investigative Authority has issued the final report in relation to a crash involving a Snowbirds CT-114 Tutor aircraft in Hampton, Ga., on Oct. 13, 2019.

The accident involved a CT-114 from the Canadian Armed Forces Air Demonstration Team (Snowbirds) that was enroute to the Atlanta Air Show being held at the Atlanta Motor Speedway in Hampton.

Following a routine check while inverted, the pilot then rolled level and applied full power to rejoin the formation. Shortly after, the pilot experienced a loss of thrust. Losing altitude and unable to recover engine power, the pilot elected to eject as the aircraft was too low to attempt a safe recovery to an airport. The pilot successfully ejected from the aircraft; however, he reported anomalies with the ejection sequence and the parachute opening.

The aircraft was destroyed upon impact and the pilot received minor injuries as a result of the ejection sequence.

A story published in Skies Magazine on June 29, 2020, said that the pilot’s escape sequence following ejection was compromised when, “…one or more parachute pack retaining cones having been released prior to the activation of the MK10B Automatic Opening Device. Entanglement of the suspension lines with parts of the ejection seat immediately followed ultimately disrupting the proper opening of the parachute canopy. Inspection of all related Tutor Aviation Life Support Equipment was subsequently carried out to ensure fleet airworthiness.”

A notation on the Royal Canadian Air Force web page mentions that “The Tutors flown by the Snowbirds are slightly modified for show features and enhanced performance during low-level aerobatic flying.”

As a result of the official accident investigation findings, the report recommended that “An inspection be carried out on CT114 engines to identify any damaged oil coolers that may be at risk of leaking at the fuel ports. In addition, the investigation recommends establishing a controlled verification process on the maintenance activities involving fuel transfer tubes in an effort to identify the cause of the damage to the oil cooler ports. Further recommended measures include improving the fitment of the fuel tubes and consolidating and improving on the maintenance instructions that involve the oil cooler and its components.”

The pilot had rolled the CT-114 inverted for a routine check of flight characteristics and then rolled back to level flight while moving his throttle forward to apply full thrust to rejoin the other aircraft in the Snowbird formation. The pilot almost immediately experienced a loss of engine thrust to the aircraft’s single General Electric J85/Orenda J85-CAN-40 turbojet engine. Because the aircraft was at low altitude, there was limited time to attempt restarts and the pilot ejected.

The report published on the Royal Canadian Air Force web page says, “The precise location of the failure could not be identified with confidence, though given the evidence of pre-existing damage to the engine oil cooler fuel inlet port, the analysis suggests a potential fuel leak at that location.” It went on to state that, “The aircraft was destroyed upon impact and the pilot received minor injuries as a result of the ejection sequence.” 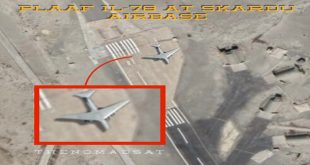