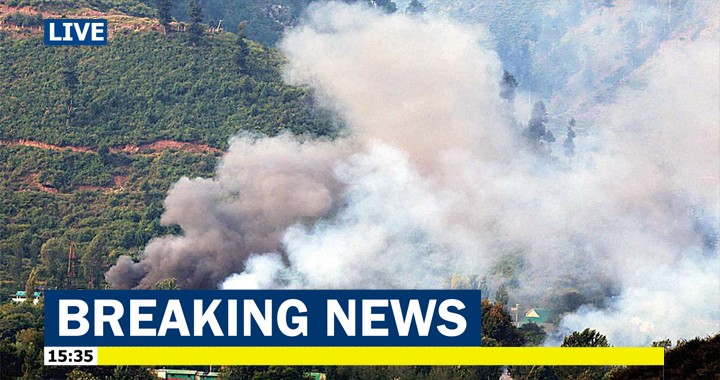 Indian and Pakistani soldiers again targeted each other’s posts and villages along their volatile frontier in the disputed region of Kashmir, killing at least five civilians and two soldiers, and wounding several others, officials on both sides said on Saturday.

The three died after a shell fired by Pakistani soldiers hit their home in Poonch region near the so-called Line of Control that divides the Himalayan territory of Kashmir between the two nuclear-armed rivals, police said.

The children’s father was critically wounded and has been admitted to hospital.

In Pakistan-administered Kashmir, a man and a boy were killed by Indian shelling in Nakiyal, said Nasrullah Khan, a hospital official. Khan said a man was also wounded in the Tatta Pani area.

Pakistan’s army said in a statement that two of its soldiers were killed in Nakiyal in an “exchange of fire while targeting Indian posts undertaking firing on civilian population”.

Separately, a police official in Rawalakot, speaking to Al Jazeera on condition of anonymity, said that a man had been wounded and three homes destroyed in Indian shelling overnight.

Both countries’ officials used the routine description for the military confrontations, saying their soldiers retaliated “befittingly,” and blamed the other for “unprovoked” violation of the 2003-ceasefire accord at several sectors along the Kashmir frontier, targeting both army posts as well as villages.

Tensions have been running high since Indian aircraft crossed into Pakistan on Tuesday, carrying out what India called a pre-emptive strike against militants blamed for a Feb. 14 suicide bombing in Indian-controlled Kashmir that killed 40 Indian troops. Pakistan retaliated, shooting down a fighter jet Wednesday and detaining its pilot, who was returned to India on Friday in a peace gesture.

According to the ISPR, the India forces targeted civilian population in two sectors along the LOC. Hawaldar Abdul Rab and Naik Khurram were martyred during an exchange of fire with Indian army in Nikial Sector .

Two  other people were martyred and as many others including a woman   injured.

The injured were shifted to a hospital in Kotli for treatment.

The ISPR further said Pakistan Air Force and the Pakistan Navy were on high alert keeping in view the current situation.

Hours after Pakistan handed over captured Indian Air Force pilot Abhinandan Varthaman to India, a woman and her two young children were killed in heavy overnight shelling by Pakistani troops along the Line of Control in Jammu and Kashmir’s Poonch district. The victims have been identified as Rubana Kosar, 24, and her five-year-old son Fazan and nine-month-old daughter Shabnam.

Another person was severely injured in the firing.

Pakistani shells hit several houses in Salotri village near the Line of Control. Earlier on Friday, a woman was injured in cross-border firing in Mankote area of Poonch. Apart from Mankote and Salotri, Pakistani forces also targeted villages in Krishnaghati and Balakote sectors. Intermittent firing has been going on since the last eight days said the Jammu and Kashmir police.

The district authorities have asked schools within five kilometres along the Line of Control, in Poonch and Rajouri, to close down temporarily and ordered villagers to stay indoors.

On Thursday, a civilian was injured in Pakistani firing in Uri, said officials and yesterday four securitymen were killed in Rajouri.

Previous Russian Catamaran Aircraft Carrier VS U.S. Gerald R. Ford-class aircraft carrier
Next Moscow’s Weapon that can be used If U.S. Goes to War with Russia