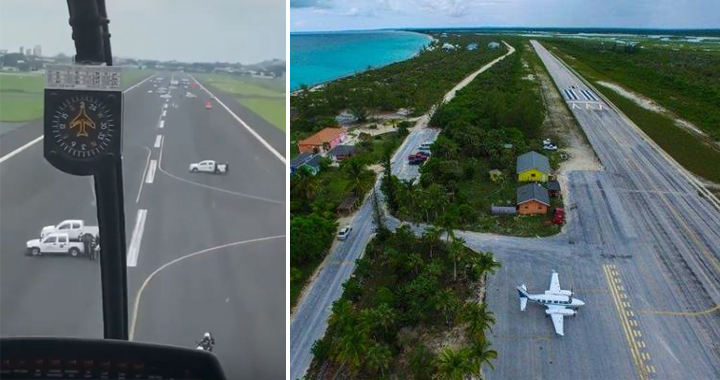 Like hundreds of thousands of people across the world, the super-rich is preparing to self-isolate in the face of an escalation in the coronavirus crisis. But their plans extend far beyond stocking up on hand sanitizer and TV boxsets. Big businesses and wealthy people are chartering private jets for “evacuation flights” out of countries hit by the coronavirus outbreak.

Small countries are taking extreme measures to halt international travel in an effort to stop the spread of COVID-19. Those accustomed to private jet travel are used to demanding what they want and getting it.

As a result, private jet flights escaping from and running to resort countries, such as those in the Caribbean, are currently in high demand—and they do not always occur under the most lawful of circumstances.

The most wealthy among us are trying to get around flight bans with private jet flights as they are desperate to get into or home from Caribbean countries, many of which have partial or full international travel bans. Those with complete bans include Guatemala, El Salvador, Honduras, Trinidad and Tobago, Columbia, Panama, Costa Rica, and Ecuador. Partial international travel bans are in effect for Belize, Jamaica, Haiti, Dominican Republic, Antigua and Barbados, Saint Lucia, Grenada, and Venezuela.

These countries are home to many affluent expatriates. The money some of them spend on private jet flights is staggering. One round trip to Europe in a Gulfstream 550 jet from the United States with five passengers can easily cost the client six figures.

With the world being crippled in many ways by the COVID-19 pandemic, the ultra-wealthy still have places to be and airline options are not only becoming restrictive, but they are also dwindling.

Rumors currently abound of private jet pilots, both from charter operations and private flight departments, being offered large bonuses to get into and out of Caribbean resort countries undetected and bypassing customs and port of entry requirements. While not impossible, it’s an extremely risky game to play.

Privately owned or chartered aircraft operate on demand, when and where their clients or owners need them. Private jet pilots have a “bag of tricks” that airline pilots don’t, including late-night flights to closed airports, low altitude visual flight rules (VFR) flights, tricks to bypass arrival lines, departing under VFR to avoid lengthy departure routing and many others. And that’s the list of legal options. With so much money on the line, less than reputable private jet operators undoubtedly have a less-than-legal bag of tricks.

Yesterday in Guayaquil, Ecuador, Mayor Cynthia Viteri resorted to stopping flights at Jose Joaquin de Olmedo International Airport by directing that ground vehicles be parked on the runway. The action is alleged to have been taken to stop two airliners, one each from KLM and Iberia, from arriving from Europe. Video footage from a Robinson helicopter has surfaced, overflying the parked vehicles.

It may shock the average person to understand that Ecuador found it necessary to physically block a runway to stop it from being used. However, it wouldn’t shock many in private aviation. Efforts to stop private jet travel are often futile. The War Zone recently documented the rash of drug smuggling operations using private jets in Central and South America. Even the largest international airports in small foreign countries often have no operating control tower in the middle of the night, which is more commonly seen stateside at regional or primary Class D airspace airports.

In an interview with the guardian, Adam Twidell, the chief executive of the private jet booking service PrivateFly, said the company had been inundated with requests from multinational firms arranging the mass evacuation of staff from China and south-east Asia.

Twidell said rich families were also chartering private jets to reduce the risk of exposing their families to the virus by avoiding commercial flights and busy airports.

“Over the past few weeks, there’s undoubtedly been a rise in demand for short notice on-demand charter relating to the coronavirus Covid-19,” he said. “We’ve had a very significant number of inquiries for group evacuations and from corporates and individuals.

The number of private jet flights from Hong Kong to Australia and North America in January jumped 214%, compared with the previous year, according to data from the business aviation monitoring company WingX.

The circumstances and difficulties the aviation world is facing may get much direr. It’s not outside of one’s imagination to see a temporary total ban on civil aviation flights in the United States if the situation continues to deteriorate. In the meantime, private jet travel will remain the best bet when it comes to escaping to one location or another for the most affluent in our society, and for some, this is even the case if the law says otherwise.