Almost all Indian pilots on Russian-made Su-30MKIs managed to detect and track them from Indian airspace.

“The Sukhoi’s radar can see them. The new Chinese jets are not so invisible after all. No special technology is required to detect the J-20, as it can be detected by ordinary radar stations,” Indian Air Force commander Arup Shaha said.

The Chinese Chengdu J-20 entered into service in March 2017 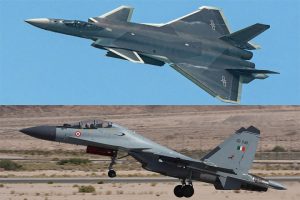