As we have reported earlier that Chilean Air Force C-130H Hercules With 38 People Onboard Missing On Way To Antarctica.

“The plane is presumed to have crashed, given that the amount of fuel and the plane’s autonomy had already run out. Given that, it is already assumed that the plane has crashed,” said Gen. Francisco Torres in a televised press conference.

Those missing include 17 crew and 21 passengers.

They were traveling to provide logistical support to a military base on Antarctica’s King George Island. A search-and-rescue mission is underway. 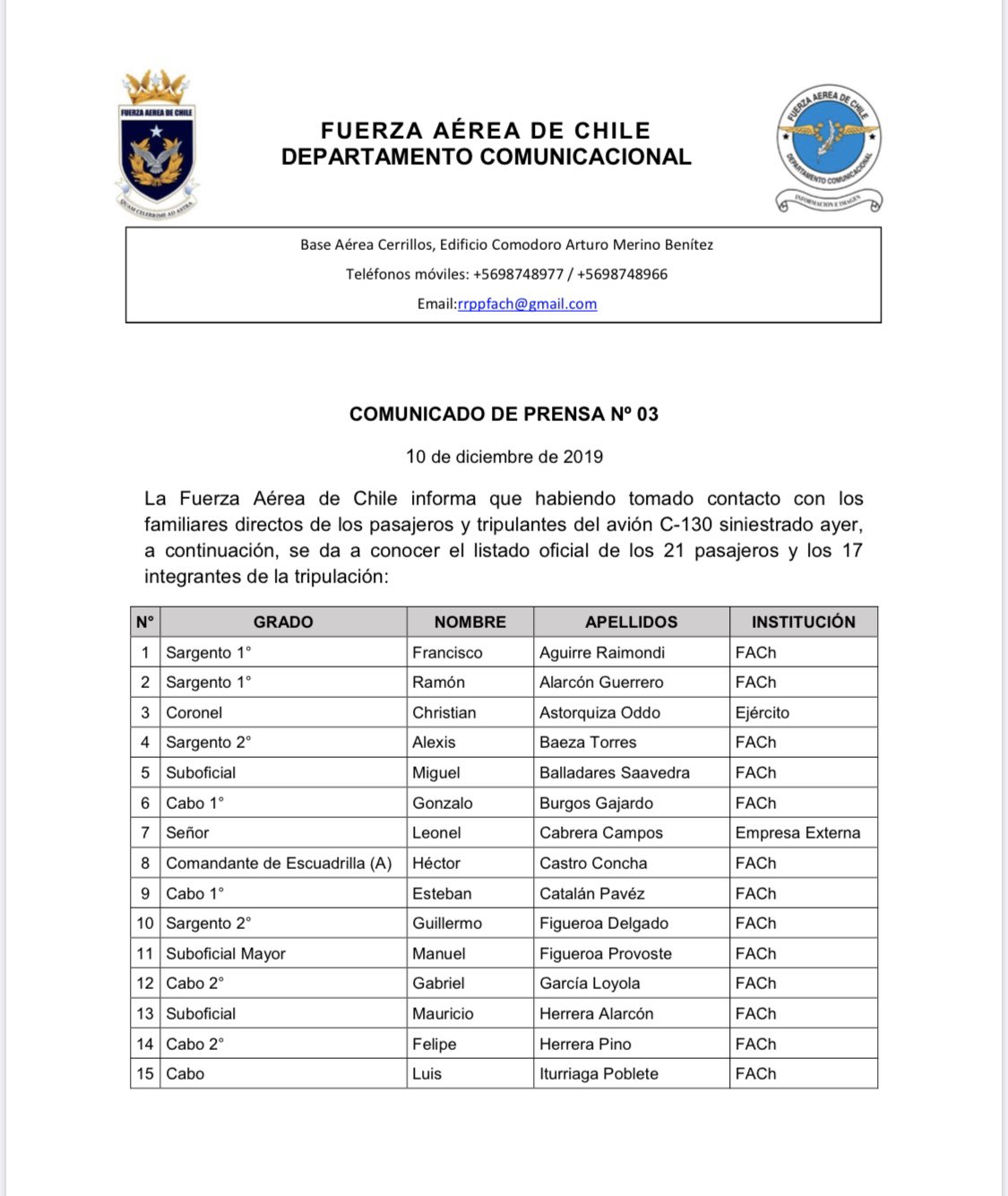 Three of the passengers were Chilean soldiers; two were civilians employed by engineering and construction firm Inproser, who was going to carry out work on the military base; one was a student at Magellanes University, and the remaining 15 passengers were members of the air force, an official said.

What of the rescue effort?

Air Force Gen Francisco Torres said that the search for the plane had “begun immediately” after it had failed to arrive at the military base in Antarctica.

Four ships and 10 planes from Chile are taking part in the search operation.

Uruguay and Argentina have also each sent a plane to help locate the missing C-130.

An initial overflight of the area where communication was lost failed to yield any sign of the missing plane. Rescuers are currently searching inside a 60-mile radius from the last point of contact.

Two US satellites are being used to capture images of the location where the plane went missing.

He added that the aircraft was in good condition at the time of takeoff — as it began a routine monthly flight to Antarctica.