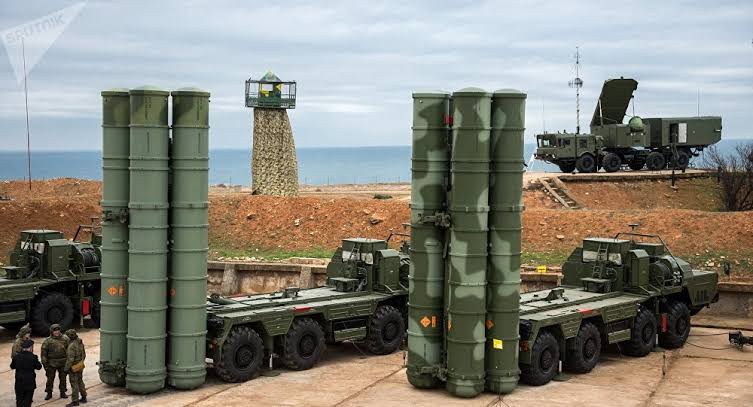 Russian media reported that the Russian army had recently completed a series of tests on its new S-500 air defense system.

Former deputy head of the Air Force for the joint CIS integrated air defense system Lt. Gen. Aitech Bizhev explained that Syria was chosen for testing the equipment in circumstances as close as possible to real combat and because of its “harsh technical and climatic conditions…”

He said that “special attention was paid to the smooth operation of all their components.”

Hours later, however, the Russian military denied that any tests were conducted, claiming that the system needs to be tested in difficult climatic conditions in order to properly test its effectiveness, making Syria a non-ideal terrain.

Russia’s state-owned Tass News Agency quoted the armed forces as stating that “The S-500 is designed to combat ballistic and aerodynamic targets at long ranges. There was no need for testing the S-500 anti-aircraft missile system in the Syrian Arab Republic.” It also pointed out that there are already a variety of Russian air defence systems within Syria, such as the S-400, Pantsr-S1, Tor-M2, and Su-35S, which are all active and currently protecting the Russian military and its interests.

Production of the S-500s began in June. The reported operational range of the system is 600 kilometers (373 miles). It is expected to be capable of detecting and simultaneously shooting down up to 10 ballistic targets flying at a speed of up to 7 kilometers per second. It will also be able to destroy the warheads of hypersonic missiles.

Russia said it will not sell the S-500s “for any amount of money” in the near future as they are primarily developed for the Russian army.

The S-500 missile system is a significant upgrade from its predecessor, the S-400 system, which has been sold to a variety of countries and militaries throughout the world including China, Turkey and is being sent to India next year. The capabilities of the S-500 and its power of destruction is far greater than that predecessor, however, having the ability to shoot down even military satellites, warheads in near space, and having a range of 481.2 kilometres – 80 kilometres further than the S-400’s reach.

Earlier this year, Russian Defence Minister Sergei Shoigu stated that the S-500 system would be supplied to the military starting from 2020. It has, however, been reported that it would not be available for sale to other states and militaries for at least five years after its production, and that it will remain exclusive to the Russian military during that time.

Previous Can Turkey Be Readmitted To F-35 Lightning II Fighter Jets Programme?
Next “Big Mistake” To Shoot Down Our Own Mi-17 Chopper On Feb 27: IAF Chief