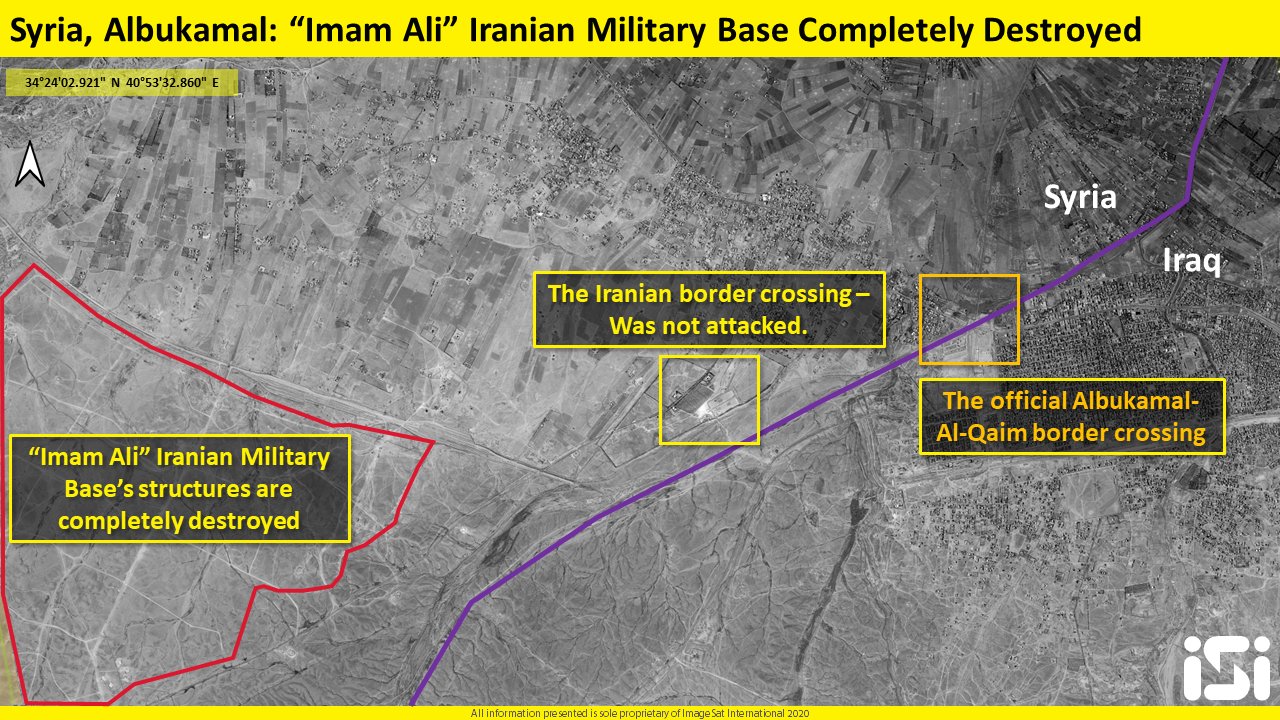 On March 19, Israel’s ImageSat International released satellite images showing the aftermath of the March 11 strikes in the vicinity of the eastern Syrian city of al-Bukamal.

The images confirmed that the mysterious strikes targeted the Imam Ali Base, southwest of al-Bukamal. The base, which was reportedly built by Iranian forces, sustained significant damage. Most hardened shelters and storage facilities were completely destroyed.

The strikes, however, didn’t target an under-construction tunnel within the base, nor a nearby unofficial crossing on the border with Iraq.

Initially, the strikes were thought to be a response by the U.S. to the March 11 rocket attack on Camp Taji in Iraq. The attack killed three U.S.-led coalition service members. However, the U.S. responded to the attack on March 13 with strikes on Iraqi military positions.

According to Israeli and U.S. sources, the Imam Ali Base was meant to be used as a missile site by Iranian forces. There is no solid evidence backing these claims.

The most possible scenario is that the Imam Ali Base was attacked by the Israeli Air Force (IAF). Israel is reportedly behind a series of airstrikes that targeted the same base over the last few months.