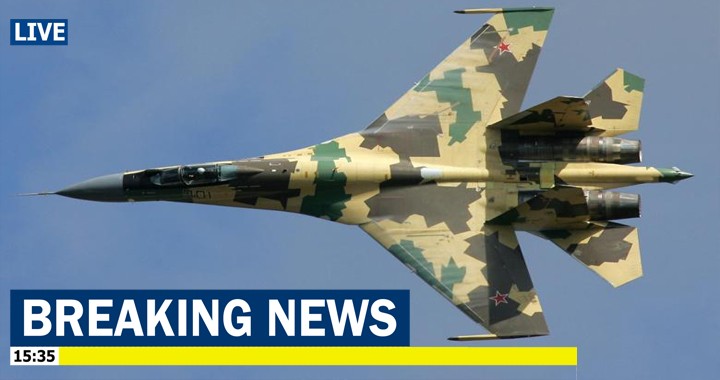 According to US senior administration, Washington has already faced the same situation with China, India, and Turkey.

The U.S. is increasing pressure on countries worldwide not to buy Russian-produced arms.

The document provides for retaliatory measures for those countries that enter into transactions with the Russian defense or intelligence sectors.

“In terms of the expanding Russian influence in the region, that’s obviously something which we are quite concerned. We don’t see a lot of material benefits to engagements with the Russians”, the official said on Monday. “We just would encourage the Egyptians to turn more toward the West, toward the United States”.

The official said the administration was encouraging Egypt to develop democratic institutions while being mindful of U.S. security interests.

Moreover, the United States wants to expand its counterterrorism partnership with Egypt given that terrorism remains a significant threat to that country’s stability, a senior administration official said in a press briefing.

According to media reports in recent weeks, Egypt would buy “over two dozen” Su-35 fighter jets from Russia.

Egypt has reportedly signed a $2 billion deal with Russia to buy more than 20 Sukhoi SU-35 fighter jets, as well as weapons for the aircraft. Russian newspaper Kommersant reported on March 18, the acquisition will significantly boost the Egyptian Air Force’s potential alongside deliveries of the MiG-29M/M2, which are ongoing.

The Su-35 is a multi-purpose fighter jet, designed by Sukhoi on the basis of the legendary Su-27 twin-engine supermaneuverable fighter aircraft. The first prototypes of the Su-35 were rolled out in 2007 and production began in 2009. The jet is followed by the fifth-generation PAK-FA stealth fighter.

With 12 to 14 weapons hard points, the Sukhoi Su-35 is able to use K-77M radar-guided missiles that reportedly have a range of almost 200km. The jet is also armed with a 30mm cannon with 150 rounds for strafing or dogfighting. The Su-35 can reportedly carry up to 8,000kg of air-to-ground munitions.

Egypt has extensively modernized its military capabilities since the coming to power of a new administration in 2013, which overthrew a strongly Western-aligned Islamist government that year. The overthrow led the U.S. to freeze arms shipments to the country, which in turn was a considerable factor influencing Cairo to turn away from Washington for future arms purchases. However, a history of extensive and in the view of many excessive restrictions on American arms sales to Egypt was also reportedly at play in forcing Egypt away from American weapons – in particular, jet aircraft. Since abandoning its defense ties to the Soviet Union under President Anwar Sadat in the mid-1970s Egypt has repeatedly sought to acquire high-end air superiority fighters – namely the American F-15 Eagle. While these aircraft were sold to Saudi Arabia and Israel in large numbers, however, Egypt was restricted to purchasing the cheaper and lighter jets such as the F-16 – ensuring a balance of power which favored the Western Bloc’s more reliable clients. Furthermore, Egypt was the only major operator of the F-16 denied modern AIM-120 air to air missiles – meaning its aircraft would face an overwhelming disadvantage in combat with those of any other U.S. client.

Egypt’s move to upgrade its aerial warfare capabilities began with the acquisition of the S-300V4 surface to air missile system and 45 MiG-29M medium weight multirole fighters. These were accompanied by purchases of complementary shorter ranged air defense platforms and advanced long range air to air missiles such as the R-77 and extended range R-27 variants.

The Su-35 in Egyptian hands also overturns the regional balance of power the United States has for so long succeeded in maintaining. The fighters are capable of surpassing any other platforms currently deployed in the Middle East or Africa in their air to air combat capabilities, including the advanced Algerian Su-30MKA and Saudi F-15SA, and are also capable of deploying hypersonic R-37M ‘AWACS killer’ missiles.

These platforms retain a 400km engagement range and pose a major threat to support aircraft of Egypt’s potential adversaries such as the American and Saudi Saudi E-3 Sentries or Israeli Eitam AWACS platforms. Ultimately whether Egypt will yield under American pressure remains to be seen, but given its economy’s fragility and heavy reliance on the Western Bloc this remains a considerable possibility.