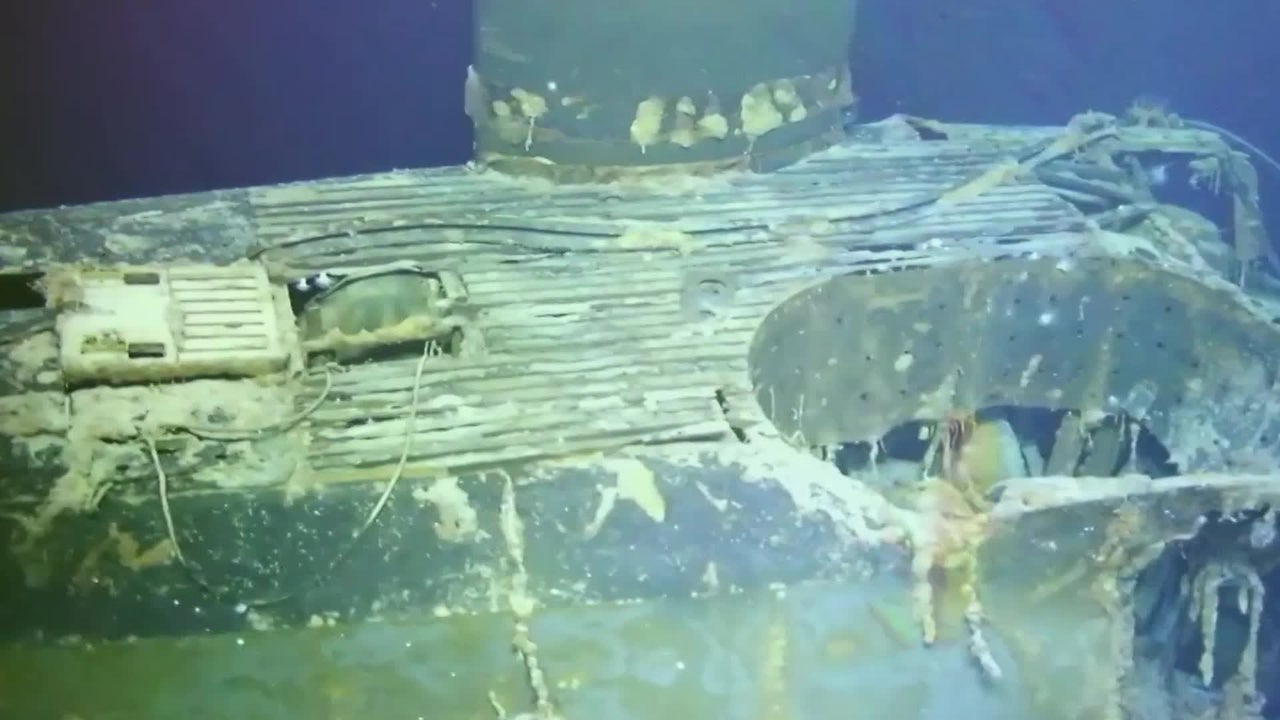 A team of explorers has found the wreck of a United States Navy submarine that sank more than 60 years ago in deep water near the Hawaiian island of Oahu.

USS Stickleback, a Balao-class submarine with the hull number SS-415, sank on May 28, 1958, after an accidental collision with another U.S. Navy ship, the USS Silverstein. Both the Stickleback and the Silverstein were taking part in an antisubmarine warfare exercise at the time.

The wreck of the Stickleback was found resting on the seafloor under about 11,000 feet (3,350 meters) of water, according to a statement from Lost 52 Project founder Tim Taylor. The wreckage was near the location of the collision, about 19 miles (30 kilometers) from Barbers Point on Oahu, according to the Naval History and Heritage Command (NHHC) of the U.S. Navy.

USS Stickleback is the third submarine to be discovered of the four U.S. Navy submarines lost since the end of World War II. USS Cochino (SS 345), USS Thresher (SSN 593), and USS Scorpion (SSN 589) were also lost during the Cold War.

The WWII submarine was commissioned on March 29, 1945. She was deployed to Guam and began her first war patrol on August 6 when she departed for the Sea of Japan. She arrived the following week and began her patrol. During this timeframe, the atomic bombs had been dropped on Hiroshima and Nagasaki, and it was believed the war would end shortly.

USS Stickleback had only been in the patrol area for two days when the cease-fire order was passed. She remained in the area and, on August 21, she sighted two bamboo rafts containing 19 survivors of a freighter. They were taken on board for 18 hours, given food, water, medical treatment and set afloat again a short distance from one of the Japanese islands.

USS Stickleback returned to Guam on September 9, 1945. She departed for the U.S. the next day. She arrived in San Francisco and participated in the Third Fleet parade on September 28. After a short cruise to the Hawaiian Islands, she was decommissioned and placed in reserve on June 26, 1946.

She was recommissioned on September 6, 1951 and served at San Diego, California, as a training ship. She was decommissioned a second time on November 14, 1952 and converted into a Guppy IIA type submarine. Recommissioned on June 26, 1953, USS Stickleback joined Submarine Squadron 7 at Pearl Harbor. She supported the United Nations forces in Korea from February to July 1954 when she returned to Pearl Harbor. From 1954 to 1957, she conducted intelligence-gathering operations off the Soviet Union.

On May 28, 1958, USS Stickleback was participating in an antisubmarine warfare exercise with the destroyer escort USS Silverstein (DE 534) and a torpedo retriever in the Hawaiian area.

In the course of these drills, the submarine had just completed a simulated torpedo run on USS Silverstein and was diving to a safe depth when she lost power and descended uncontrolled to close to 800 feet. Emergency buoyancy ballast was added, and she ascended rapidly only to breach approximately 200 yards (180 meters) ahead of the destroyer escort. On the assent, a flare could not be fired, as the crew had evacuated the aft torpedo room. The collision alarm sounded, and USS Silverstein backed full, put her rudder hard left but could not avoid a collision. The result of which was a hole to the submarine on her port side and loss of the submarine.

There were no fatalities. The USS Stickleback’s crew were removed by the torpedo retriever, and combined efforts were made by several vessels to save the submarine. The rescue ships attached lines around her, but all compartments flooded, and USS Stickleback sank in 1,800 fathoms (3,300 meters) of water.