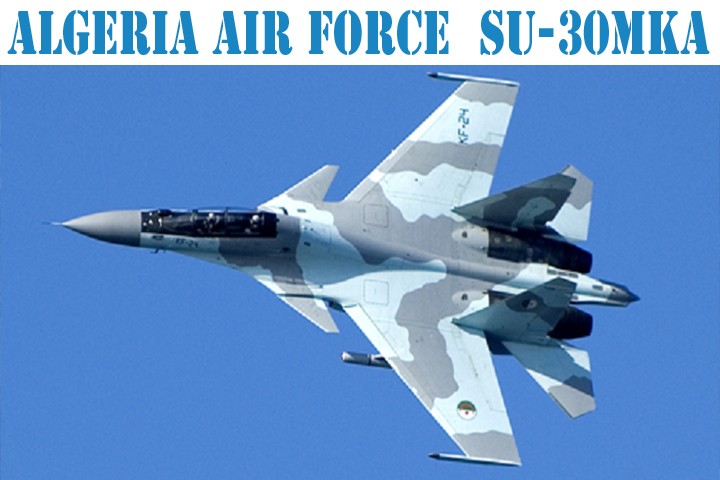 Algerian Su-30MKA or ( Flanker-H ) are generally based on Indian Su-30MKI, but the difference it doesn’t have Israeli avionics, and it was replaced by Russian and French avionics (Thales, Damocles, Navflir).

Further details of the Su-30MKA’s avionics suite have not been revealed, though the aircraft is believed to be extremely similar to the Su-30MKM built for the Royal Malaysian Air Force .

The combined value of the MiG-29 and Su-30 acquisitions was estimated at about $2.8bn. Algeria had another option for sixteen Su-30MKA aircraft (replacing the refused 34 MiG-29SMT). The Algerian Air Force had 44 Su-30MKAs in service as of January 2014.

Russia and Algeria have signed contract details for 14 Sukhoi Su-30MKA (NATO reporting name: Flanker) multirole fighters, Rostec state corporation Director General Sergey Chemezov said on 11 September 2015. “The contract has been signed. Fourteen planes will be delivered to Algeria in 2016-17,” he said on a visit to Irkutsk Aircraft Plant in Siberia. Forty-four aircraft of the same type had already been received by the North African state, he said.

(Article was written by Bellouz_Akram)