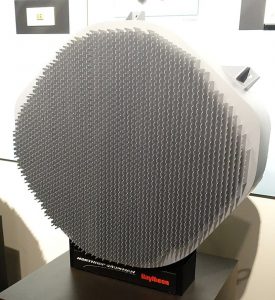 The APG-77 is a solid-state AESA flat-array radar. Composed of 1956 T / R modules, each the size of a rubber chip, it can perform an almost instantaneous beam direction (in the order of tens of nanoseconds).

It provides a field of view of 120 ° in azimuth and elevation, which is the highest possible value for a flat phase array antenna. Unconfirmed sources suggest that APG-77 has an operating range of 125-150 miles (201-241 km), against an objective of 1 m2 (11 square feet). It is believed that a range of 400 km or more is possible, compared to a goal of 1 m2 (11 square feet), with the APG-77v1 with the new GaAs modules, while using narrower beams. 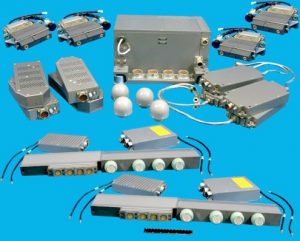 With a range of 300km for a target of 3m ^ 2 and 200km for a target of 1m ^ 2 With 30 modules distributed throughout the fuselage, the AN / APG-77 next to the AN / ALR-94 the pilot of the F-22 has a 360 ° view with respect to existing and emerging threats, it should be noted that T / R modules capable of detecting and following an objective only provide 270 ° coverage around the Raptor, with its main objective being to locate targets, track them and effect jamming. 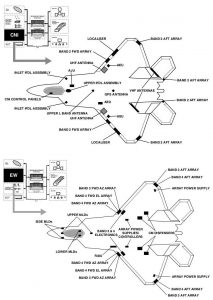 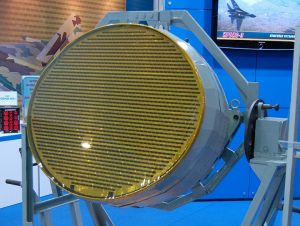 The radar is part of the integrated Sh121 multifunctional system (MIRES) on board the Su-57. The N036 radar system is developed by Tikhomirov NIIP Institute and consists of an AESA X-band radar mounted on the nose with 1,552 T / R modules, designated as the N036 Byelka (N036-1-01), and two AESA radars. smaller X-band with 358 T / R modules mounted on the sides of the front fuselage designated N036B (N036B-1-01). The suite also has two L-band matrices N036L (N036L-1-01) in wing slats that are not only used for identification of friends or enemies, but also for electronic warfare purposes, LO and VLO aircraft search , RF geolocator IFF, Data-Link, communications, etc. 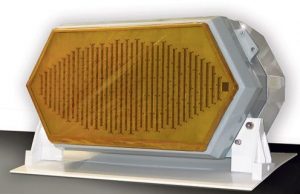 The computer processing of the X and L band signals allows the system information to be significantly improved. With the possibility of tracking 62 targets and attacking 16 simultaneously. In addition to being able to attack 4 targets simultaneously on the ground. The electronic countermeasure set (ECM) L402 “Himalayas” manufactured by the KNIRTI institute uses both its own matrices and those of the N036 radar. It uses the Russian Elbrus processors. 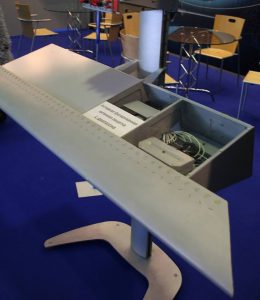 The novel radar system N036 Byelke provides a distribution of arrays of antennas of different ranges throughout the body of the Su-57, which provides a complete view.