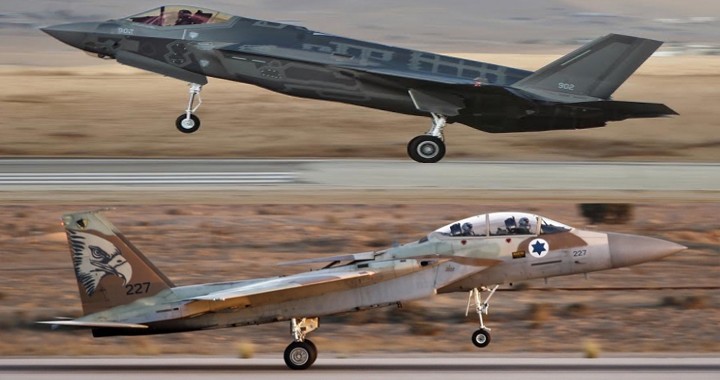 According to popular mechanics Article, Israel Prefers Old F-15s to F-35s. The Israeli Air Force would rather buy more F-15 Eagle fighters than the latest and greatest F-35 Joint Strike Fighter. It may be an older plane, but the F-15 apparently offers Israel more flexibility, particularly when striking its mortal enemy: Iran.

AvWeek says Israel would prefer pausing its F-35 purchase plans at the current 50 jets and order the remaining 25 only after buying more F-15s. Israel would like to order 20 to 25 new F-15s built to something like the new F-15 2040C standard.

The upgraded fighter will be designated as F-15IA and features certain stealth capabilities, such as radar-absorbing paint and internal weapons carriage. The 2040C jets are equipped with the AN/APG-63(V)3 AESA radar, long-range infrared search-and-track sensor, and the ability to carry up to 16 AMRAAM medium-range air-to-air missiles. The Israeli version would also carry a data link pod for sharing data with other aircraft.
Noteworthy the F-15IA will be more advanced than the Eagle variants sold to Saudi Arabia and Qatar

According to Aviation Week & Space Technology, Israel is dividing its airpower into two categories: jets that can strike targets just over the border in Lebanon and Syria, and jets that could hit distant but important targets such as Iran’s nuclear program. Israel has the F-35 for the former task, and it is building a strike force of F-15s for the latter. Although the F-35 Joint Strike Fighter has stealth and sensors capable of picking up targets on the ground, it doesn’t have the range to strike targets up to a thousand miles away in Iran.

Former senior Israeli Air Force (IAF) officers told that the service future squadrons cannot rely on only one type of combat plane (the F-35), hence the need for new F-15s. Moreover, the F-15 is capable of striking targets at longer ranges than the F-35 and to carry a heavier payload than the Lightning II.

The F-15 provides an impressive combination of power and range, allowing Israel to strike targets beyond the reach of most air forces. And because it’s a large fighter, it has room to add new systems as necessary. Israel’s defense industry has a long history of supporting the aircraft and creating upgrades to give the country’s Eagles a decisive edge.

Israel isn’t alone in realizing that modern stealth fighters, particularly the F-35, are not a “one size fits all” solution to aerial warfare. There are times when an older aircraft, properly updated, is actually preferable. For years to come, air forces will be a blend of stealthy and non-stealthy warplanes that complement one another.

Nevertheless, IAF should add a third F-35 squadron at the end of next decade.As previously reported new threats faced by Israel have placed the potential purchase of the STOVL variant of the Joint Strike Fighter as a high priority. The F-35B’s short take-off and vertical landing capability would enable it to operate from quickly-prepared landing strips close to the front and away from the fixed airfields which rapidly come under attack during wartime.

Previous 1 dead & 1 missing in a Float plane crashes near Gold Bridge, B.C. lake
Next Malaysian Air-force Dilemma:only 4 out of the 28 Russian made Fighter jets can fly