South Korea set to build its own Next Generation Fighter jet

South Korea plans to complete a design process for its own fighter aircraft by September next year and produce the first prototype in 2021, the nation’s arms agency said Friday, June 29, 2018.

The timetable is based on some progress in the KF-X program aimed at manufacturing around 120 advanced fighter jets to replace the Air Force’s aging F-4 and F-5 combat planes. The so-called 4.5-generation fighters will be upgraded to have stealth functions if needed.

The Defense Acquisition Program Administration (DAPA) has partnered with Korea Aerospace Industries Co. (KAI), a local defense firm, and Indonesia for the project worth 8.8 trillion won (US$7.8 billion).

Earlier this week, the DAPA conducted a preliminary design review (PDR) of the envisioned jet and concluded that it has met the requirements of the military. It’s set to advance to a detailed design task.

“The PDR has been finished successfully to decide whether to proceed to a critical design review (CDR),” Jung Kwang-sun, head of the DAPA’s KF-X Program Group, said. “We plan to complete the detailed design process by September 2019 … and then begin the production of a prototype.” 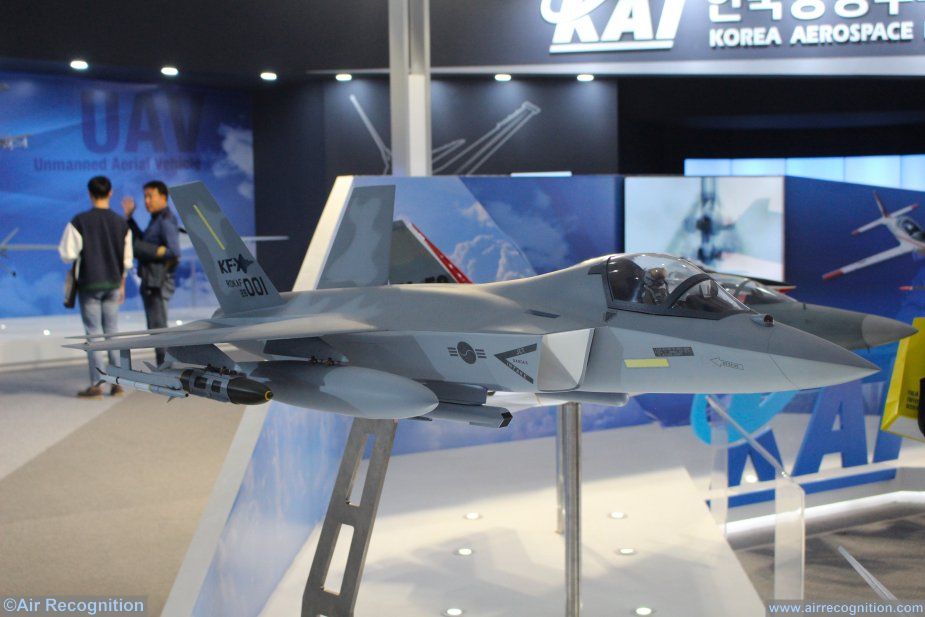 Notably, the disclosed photos of the KF-X design shows the jet is armed with European missile systems. Four Meteor long-range air-to-air missiles developed by MBDA are shown to be nestled under the fuselage, while two IRIS-T short-range guided air-to-air missiles are mounted on respective wingtip launchers.

The DAPA originally preferred fitting the KF-X aircraft with U.S. weapons systems, such as Raytheon-built AIM-120 and AIM-9 Sidewinder missiles, but the U.S. government has yet to approve the export license of the missiles, according to DAPA officials

The prototype of the KF-X radar are being developed by Hanwha Systems with the help of Israel’s Elta Systems, which is in charge of testing the AESA radar.

KAI aims to roll out the first version by 2021 for the maiden test flight in the latter half of the following year with a view to wrapping up the development work by 2026.