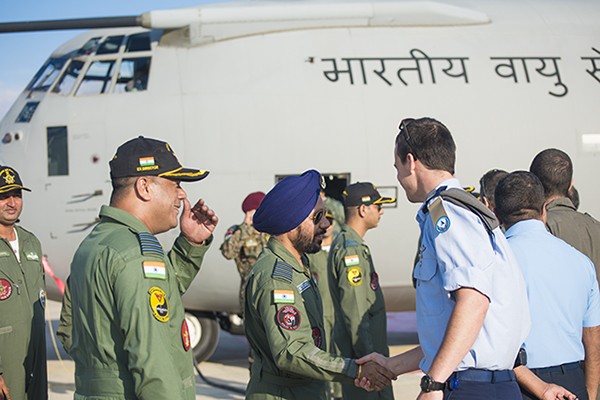 To boost India’s aerial firepower, Israel is equipping the Indian Air Force with a new state of Arts weapons.

India and Israel are jointly developing the short, medium and long-range surface to air missiles in collaboration with the Defence Research and Development Organisation (DRDO).

The IAF is also looking towards the acquisition of extended range Derby air to air missiles from Israel after Pakistan used 70 km AIM-120 C 100 kilometer beyond visual range missiles against Indian jets in its February 27 retaliation to the Balakot strike. IAF wants to integrate the 70-kilometer range Derby missiles on the Su-30 MKI platform with upgraded radar equipped with data link to take the fight to Pakistani F-16s in the future.

On May 2019, New Delhi Television Limited revealed that the Indian Air Force is planning to equip its frontline Sukhoi-30 fighters jet with Israeli Derby air-to-air missiles after the Russian-made R-77 missiles were found wanting in air combat operations over the Line of Control on February 27 this year.

India plans to order two PHALCON AWACS mounted on the Russian A-50 platform (worth $ 2 billion) for better control of the war theatre. The order is awaiting a green signal from the Cabinet Committee on Security (CCS).

New Delhi had signed a contract for the acquisition of 100 Spice-2000 bombs at a cost of $41.67 million. Spice-2000 is considered to be the biggest conventional bomb the Indian Air Force can deliver on the French-made Mirage-2000 jets. The kit for Spice-1000 is available for 500-kilogram bombs, with a glide range of nearly 100 kilometers, and in a more powerful version, the Spice-2000, with 1000 kilogram bomb capability and a range of 60 kilometers. It can locate a target with more precision, jam GPS and reduce collateral damage.

The emergency acquisition of these lethal bombs comes in the wake of heightened tensions between the nuclear-capable rivals, since this February.

India signed an Inter-Governmental Agreement in 2016 with the French government and Dassault Aviation of France for the acquisition of 36 multirole fighter aircraft in fly-away condition at the cost of over 7.8 billion euros. Rafales are capable of carrying a range of potent weapons and missiles.

Indian Defence Minister Rajnath Singh will travel to France on 8 October to receive the first aircraft.

Besides this Israeli military is also equipping Indian fighter jets with the latest air to air and guided missiles and avionics to face Pakistan Military jets.

The aircraft will be inducted into the Indian Air Force on 8 October, but it will arrive in India in May 2020 after being refitted and following the training of Indian pilots and engineers.

Rafale fighter jets will be deployed to Ambala airbase in Haryana on the western front and Hashimara airbase in West Bengal on the eastern front.

The 7.8 billion-euro Rafale deal for the acquisition of 36 multirole fighter aircraft was signed in 2016 between the Indian and French governments and Dassault Aviation of France. 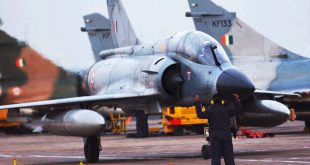