For the second time in the last four days, a fifth-generation fighter jet of U.S. Air Force has crashed at Eglin Air Force Base in Florida.

A US Air Force F-35A crashed during a routine night-training exercise around 9:30 p.m. near Eglin Air Force Base in Florida on Tuesday, officials said in a statement.

The pilot assigned to the 58th Fighter Squadron was transported to the hospital after successfully ejecting from the aircraft and is in stable condition.

No one was killed and no civilian property was damaged in the incident, Eglin Air Force Base said in a statement.

The accident is under investigation. There was no loss of life or damage to civilian property. The name of the pilot is not being released this time.

The incident took place on Friday, May 15, 2020, in the skies above Eglin Air Force Base. The Raptor went down at a test and training range 12 miles northeast of the main base. The exact cause of the crash is unknown. The pilot safely ejected and was taken to Eglin’s 96th Medical Group hospital for observation and evaluation.

The pilot of the F-22 safely ejected, and was taken to the 96th Medical Group hospital at the base for evaluation and observation, Eglin said in a release. The pilot is in stable condition, but was not identified by Eglin.

The lost Raptor was assigned to the 43rd Fighter Squadron, 325th Wing. The fighter was originally based at Tyndall Air Force Base but moved to Eglin in 2018 after Hurricane Michael devastated the base.

This F-22 was not part of a formation flight that also took off from Eglin Friday morning, the base said. That formation flight included another F-22, an F-35 and a T-38, and flew over Dade County and Panama City. 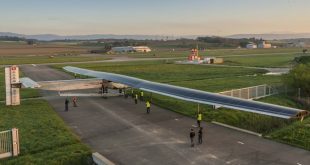