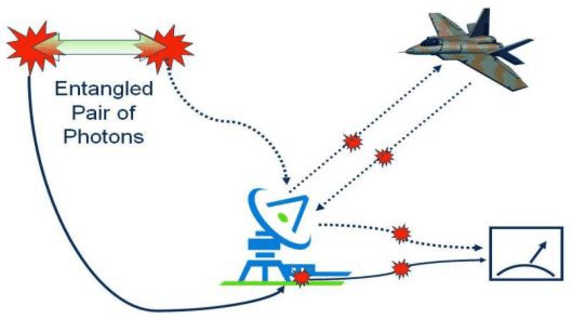 Quantum radar is an emerging remote-sensing technology based on input quantum correlations and output quantum detections. If it is successfully developed, it will allow the radar system to pick out its own signal even when swamped by background noise. This allows it to detect stealth aircraft, filter out deliberate jamming attempts, and operate in areas of high background noise, e.g., due to ground clutter. The first feasible design of a quantum radar was proposed in 2015 by an international team and is based on the protocol of Gaussian quantum illumination.

In April 2018 it was reported that the Canadian Department of National Defense was investing $2.7 million in research at the University of Waterloo to investigate quantum radar technology. This brings Canada into a technological race in which China apparently has taken the lead.

Though far from being a mature technology, quantum radar might eventually provide a capable means of detecting stealth fighters and bypassing electronic warfare capabilities. While Canada has opted out from acquiring F-35 stealth fighters, the North American Aerospace Defense Command (NORAD) operates jointly with the United States and must contend with potential intrusions by new Chinese and Russian stealth aircraft.

A quantum radar functions by using a crystal to split a photon into two entangled photons. ( Reportedly, finding a “fast, on-demand source of entangled photons” is the technical hurdle Canadian researchers are focusing on.) Then the radar beams one half of the entangled pair outwards and monitors the corresponding effects on their entangled partners. If the beamed particles bump into, say, a stealth fighter, the effect on the beamed photon would be visible on the un-beamed partner photon as well. Then the photons which register a ‘ping’ are sorted out from the unaffected photons to form a sort of radar image. 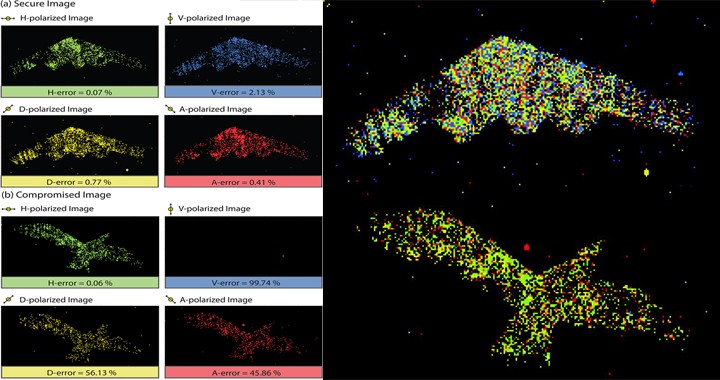 This radar-like capability would not be susceptible to many of the technique designed to circumvent radio wave reflection—ie, a reduced radar cross-section and radar-absorbent materials—and also would not be affected by jamming and other electronic warfare ploys, which play an important role in defeating air defense radars.

Furthermore, the entangled photons would not be detectable—giving detected targets little warning—and would not be traceable back to their source. This means that, unlike a traditional air defense radar, which exposes itself to detection whenever it actively emits radio waves to search for aircraft, a quantum radar does not broadcast its presence and make itself vulnerable to anti-radiation missiles.

However, quantum radars have their limitations; like traditional radars, they degrade in resolution over longer distances. This is because the entangled particles do eventually lose the coherence of their quantum state over long distances, a phenomenon which can worsen in adverse weather.

In September 2016, China claimed its China Electronic Technology Group Corporation (CETC) had developed a working quantum radar with a range of 100 kilometers (sixty-two miles). This was reportedly achieved through the development of highly efficient single-photon detectors ( this article has a more detailed technical explanation). It’s worth noting that many commentators are skeptical that the Chinese quantum radar is close to being usable under nonlaboratory conditions.

If the Chinese claims are true, they would be at once impressive—but still short of the capability required of an effective air defense radar. For comparison, the huge 96L6E ‘Cheeseboard’ radar employed by the Russian S-400 surface-to-air missile system has a maximum detection range of around 250 miles, and the Israeli-built Green Pine radar deployed for the air defense of South Korea and India has a range of 310 miles. If the quantum radar can’t be extended to a greater range, it’s operational applications would remain relatively narrow.

Development of a viable quantum radar would undoubtedly multiply the means by which stealth aircraft can be detected, and potentially negate the effectiveness of jamming and other electronic warfare ploys. Quantum radar might offer longer-range weapons-grade track, but no one is explicitly claiming such capability at this stage.

Quantum radars might also bring some interesting new capabilities to the table. For one, they would be cable of detecting the material of targets they detect and other properties due to the way beamed particles interact with surfaces they contact. This could allow for much more detailed identification of blips on the radar—helping distinguish between decoys and real fighters or ballistic missiles, and perhaps even detecting whether they are carrying nuclear payloads. Needless, to say, that would have major implications for missile defense, as national leaders try to decide how to respond to an attack which might be conventional or nuclear in nature.

Another advantage of quantum radar—one which particularly appeals to Canada—is that, unlike conventional radars, they would be unaffected by the electromagnetic phenomena that are common to the Arctic, such as auroras and solar flares.

Clearly, quantum radar holds significant potential. However, whether that potential can translate into viable operational systems outside the laboratory remains unclear. If it can, such systems will still likely require decades to develop. Now Canada has joined China and the United States in the race to do so.