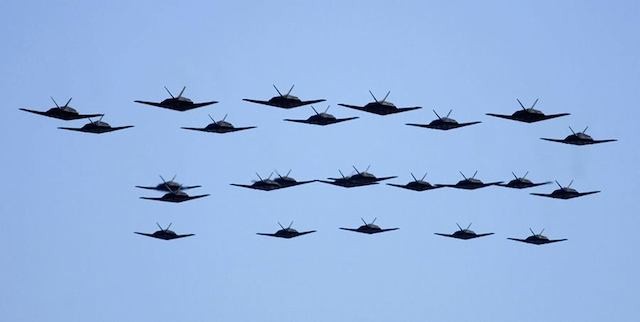 In the Footage, you can see a rare Sight that world will never see again in your life. Twenty Five Lockheed F-117 Nighthawk  Stealth Fighters  Flying in a formation for a ship flyover

The Lockheed F-117 Nighthawk is a single-seat, twin-engine and a first real  stealth attack aircraft ever produced

The maximum speed is 623 miles per hour

During a  conflict in Yugoslavia,  one F-117 was shot down by a surface-to-air missile  it was the only Nighthawk to be lost in combat