She was at North Baghdad Bridge, Iraq, flying as Yard 06

Captain Campbell was asked to divert from her original mission to provide close air support to the troops which was taking heavy fire from the enemy. After a quick situation update and target area study, Captain Campbell expertly employed 2.75 inch high explosive rockets on the enemy position that had been threatening the ground forces, scoring a direct hit and silencing the opposition.

During her recovery from the weapons delivery pass, a surface-to-air missile impacted the tail of Captain Campbell’s aircraft. Immediately taking corrective action, she isolated the hydraulic systems and placed the A-10 into the manual reversion flight control mode of flight and prepared for the long and tenuous return flight to Kuwait.

“We did our job with the guys there on the ground, and as we were on our way out is when I felt the jet get hit. It was pretty obvious — it was loud… I lost all hydraulics instantaneously, and the jet rolled left and pointed toward the ground, which was an uncomfortable feeling over Baghdad. It didn’t respond to any of my control inputs.”

Kim Campbell’s A-10 suffered extensive damage but still, she didn’t panicked and managed to land plane For this action in aerial combat, she was awarded the Distinguished Flying Cross.

On the ground it was discovered that her A-10 had sustained damage to one engine and to the redundant hydraulic systems, disabling the flight controls, landing gear and brakes, and horizontal stabilizer. A detailed inspection revealed hundreds of holes in the airframe and that large sections of the stabilizer and hydraulic controls were missing.

Tags A-10 Female Pilot shares her bravery story of Battle of Baghdad. A-10 Women Pilot Successfully landed back a damaged A-10 Warthog How the A-10 Warthog became 'the most survivable plane ever built' 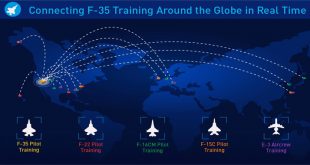