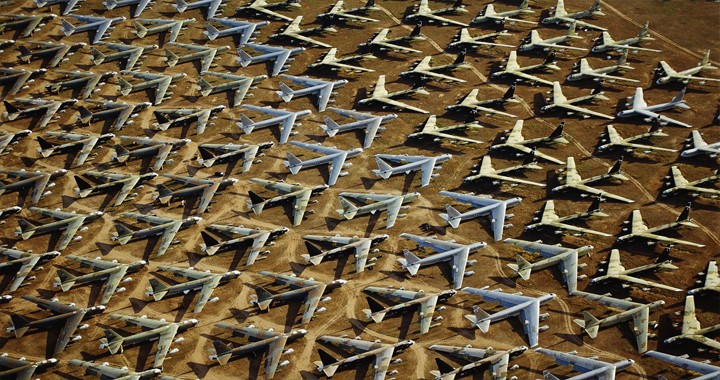 The 309th Aerospace Maintenance and Regeneration Group (AMARG), often called The Boneyard currently stores more than 4,400 aircraft and 13 aerospace vehicles which Could make it the Second Largest AIR FORCE In The World (with USAF ranking at number one).

It is a United States Air Force aircraft and missile storage and maintenance facility in Tucson, Arizona, located on Davis–Monthan Air Force Base. It stores aircraft from the Air Force, Navy-Marine Corps, Army, Coast Guard, and several federal agencies including NASA

The crews at the Boneyard preserve aircraft for possible future use, pull aircraft parts to supply to the field and perform depot-level maintenance and aircraft regeneration in support of the USAF operations.

Established in 1925 as Davis-Monthan Landing Field, the host unit headquartered the 355th Fighter Wing assigned to Twelfth Air Force, which was part of the Air Combat Command (ACC). When the USAF prepared for WWII in 1940, Davis-Monthan Airport became Tucson Army Air Field.  It became the Davis-Monthan Army Air Field on 3 December 1941. Boeing B-29 Superfortress, B-24 Liberato and Douglas B-18 Bolo started training and observation missions from here.

With the end of the WWII, Army’s San Antonio Air Technical Service Command established a storage facility for B-29 and C-47 aircraft at Davis-Monthan AFB. 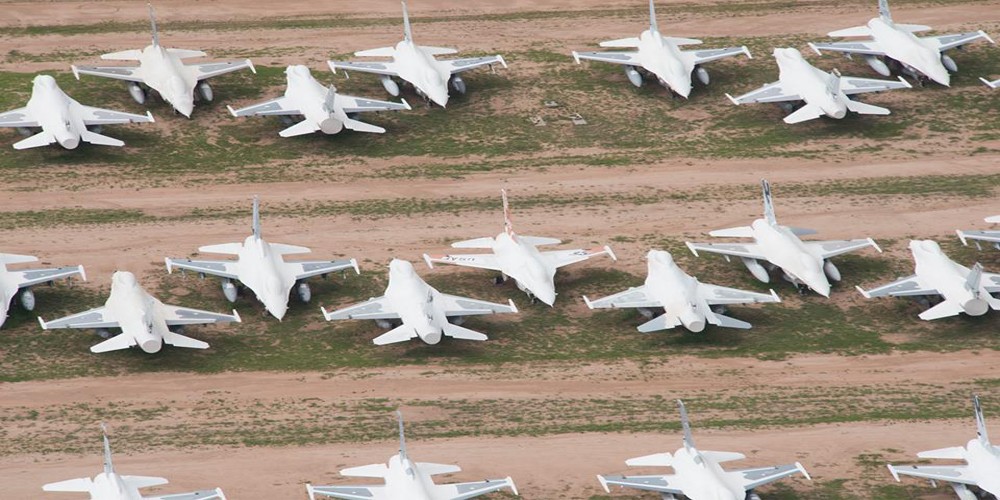 Davis-Monthan Air Force Base was chosen because of Tucson’s low humidity, infrequent rainfall, alkaline soil and high altitude of 2,550 feet (780 m), reducing rust and corrosion. The hard soil makes it possible to move aircraft around without having to pave the storage areas.

The Boneyard was originally meant to store excess Department of Defense and Coast Guard aircraft but has in recent years been designated the sole repository of out-of-service aircraft from all branches of the US government. 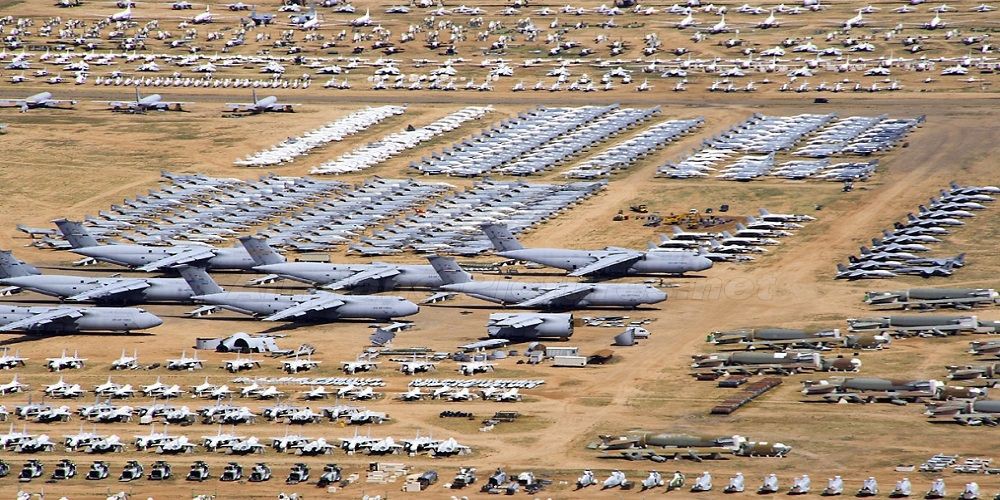 Previous Bomb Markings on A-10 Thunderbolt II Attack Aircraft that participated in Operation Inherent Resolve
Next 1,500-plus U.S. Marine Corps Aircraft have suffered Bird strikes in the past 15 years