In January 2017, four F-15s flew alongside four F-22s  in mock combat against a rotating force of planes simulating enemy fighters.

The eight “blue” fighters shot down a staggering 41 “red” fighters and lost just one of their own.

Also known as Combat Archer and hosted by the 53rd Weapons Evaluation Group, WSEP is meant to improve a unit’s air-combat tactics. WSEP also give pilots a chance to fire a live air-to-air missile.

Second, “we get aircrew experience for the first time subsequent to the events, sounds, sights, smells and noise of a real missile coming off the jet in a realistic scenario they would find normally in training but now it is with real weapons and real targets to shoot at.”

“The last day of the trip we flew four F-15s and four F-22s against 14 ‘red air’ fighters,” Bladen continued. “For our training, we allowed the red air to regenerate after being killed by a blue air fighter. The final results of that mission — ‘blue air’ killed 41 enemy aircraft and lost just one. While pretty phenomenal, perfection is our goal so the debrief focused on how we could have had a 41-to-zero ratio.”

As always, we don’t know anything about the rules of engagement, the scenarios, the threat profile, the simulated load-out, etc. Kill ratios attributed to both single types or combined forces always seem to suggest there were direct engagements within visual range. However, beyond-visual-range aerial combat is probably more likely in future air wars where air dominance hasn’t been clearly established.

In any event, it proved highly effective to mix the stealthy F-22s — with their ability to gather, fuse and distribute information — with the non-stealthy but fast and maneuverable F-15s and their powerful Active Electronically Scanned Array radars.

We don’t know for sure which fighters played the red side in the mock battle, but the Air Force did offer some hints. “On the ramp at Tyndall Air Force Base alongside 104th Fighter Wing Eagles were Canadian CF-18s, F-35s, F-16s, and F-22s,” the Air Force stated.

Missiles used in Combat Archer tests usually don’t carry live warheads. Telemetry packages take their places. The pilots fire their missiles over the Gulf of Mexico at various types of drones, including MQM-107D Streakers and unmanned aerial targets such as QF-4s and QF-16s.

During WSEP, the Massachusetts ANG’s Eagles flew 212 sorties out of 221 planned sorties and successfully fired 14,661 20-millimeter cannon rounds plus 17 missiles.

“Our deployment to Tyndall really had two different but complementary themes,” said Col. William Bladen, the 104th Fighter Wing’s operations group commander. “The WSEP portion focused on exercising and testing the kill chain from the missile build all the way through its destruction of a target. It takes several miracles for a missile to complete an intercept.”

“The second piece of the deployment was large-force exercises and four-ship training, which is the core fighting force in the Eagle,” Bladen said. “With several other fighter airframes on the Gulf Coast, we were able to put together daily outnumbered scenarios that we cannot produce up here at Barnes.” 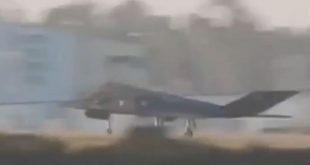