The “Thunderbirds” is the United States Air Force flight demonstration squadron, with aviators from the airforce. The Thunderbirds are assigned to the 57th Wing and are based at Nellis Air Force Base, Nevada. Thunderbirds  was Created 65 years ago in 1953

What kinds of jets do they fly?

Both squadrons use “dated aircraft. F-16s each cost approximately $18.8 million while the F/A-18’s more modern version, the Super Hornet, costs about $26 million per plane

Great photo from 1975 when both the @BlueAngels and @AFThunderbirds flew F-4 Phantoms. If you're in Pensacola, look to the skies around 4CST pic.twitter.com/f1rYDD8N9V

What’s the mission of these squadrons?

Both squadrons’ stated mission is to showcase the aircraft of their respective services while highlighting the skills and professionalism of their pilots. They are also tasked with engaging in community outreach, bolstering military recruitment and strengthening morale and esprit de corps in the services.

Furthermore, The squadrons perform 75-minute shows, involving 40 aerial maneuvers, and will hold up to 80 shows in a “season,” which typically starts in March and ends in November.

What does it take to be a pilot?

The pilots of both squadrons have combat experience in the skies over Afghanistan, Iraq, and Libya. To qualify for the Blue Angels, one must be a career-oriented Navy or Marine Corps jet pilot with an aircraft carrier qualification and a minimum of 1,250 tactical jet flight hours.
The Blue Angels have 16 officers, seven of whom pilot the famed jets, and 110 enlisted support personnel. The Thunderbirds have eight pilots, including six demonstration pilots, four support officers, and more than 100 enlisted personnel. 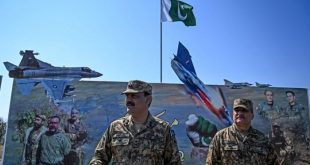