A Day With The Only Female Thunderbird Pilot In The U.S. Air Force 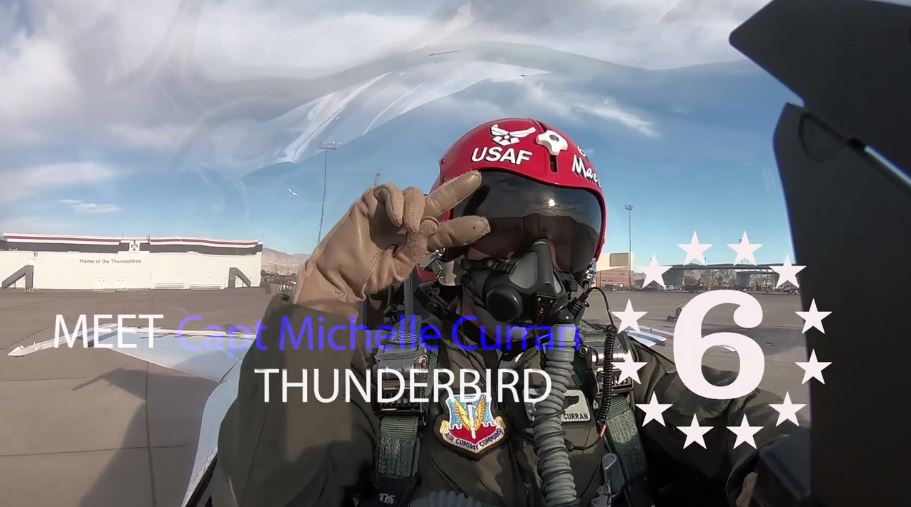 There have been women in the United States Air Force since 1948, and women continue to serve in it today. In 1976 the WAF was ended and women were allowed into the Air Force as equal members

In the last 26 years, we’ve had female fighter pilots in the Air Force, only five have made it to the Thunderbirds. The demonstration squadron boasts some of the world’s most elite fliers, and those skilled enough to make it serve a two-year assignment. They act as the public face for the USAF, performing jaw-dropping maneuvers at air shows around the country.

Her favorite maneuver is the vertical roll.

“It makes a spiral in the sky,” she tells me. “I’ll go from 150 feet above the ground to 15,000 in a few seconds while rolling. We have music associated with all our maneuvers and for that one I got to pick the song. I chose [No Doubt’s] ‘I’m Just a Girl.’”

In the video below Thunderbird 6, Capt. Michelle Curran, Opposing Solo, performs a training flight over the Creech Air Force Base, training range, Jan. 25, 2019.

Curran has been in the Air Force for 11 years. After nearly a decade of active service, including deployments to Afghanistan and Japan, Curran applied to the Thunderbirds.

She first saw the squadron during her F-16 training, when they came to her base. There wasn’t a female pilot at the time, but a woman was narrating the air show from the ground and Curran was in awe. “I thought, ‘That’s really cool. She’s badass,’” Curran says. “But I didn’t talk to her because I was so scared of her.” They’re friends now, she adds.

The Thunderbirds don’t see combat, but that doesn’t mean it’s an easy life. The schedule is grueling. Pilots train from March to November, often away from the team’s home base in Las Vegas. Their one free day a week is Wednesday, so Curran—who recently married her husband, a U.S. Marine Corps veteran—says she keeps her time off simple: “Laundry. Hang out with my husband as much as I can. Usually I’ll go in the swimming pool in the backyard for a few minutes. Drink a beer. Get ready to wake up early the next morning to go do it again.” 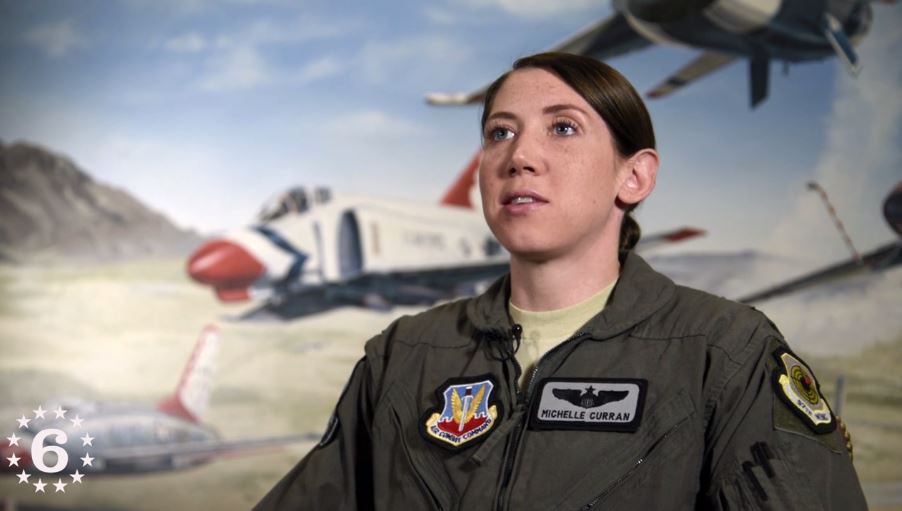 Flying an F-16 also requires an incredibly high degree of athleticism. These pilots are at the mercy of a lot of g-forces—that is, the gravitational force caused by rapid acceleration—and it’s intense on the body. As I mentioned before, people unaccustomed to the feeling often go into g-LOC (g-force induced loss of consciousness) or experience extreme motion sickness. (Being in a spinning cockpit thousands of miles from the ground will do that to you.) In addition to the recommended hydration, pilots must stay in shape. “Most of us work out five days a week,” Curran tells me.