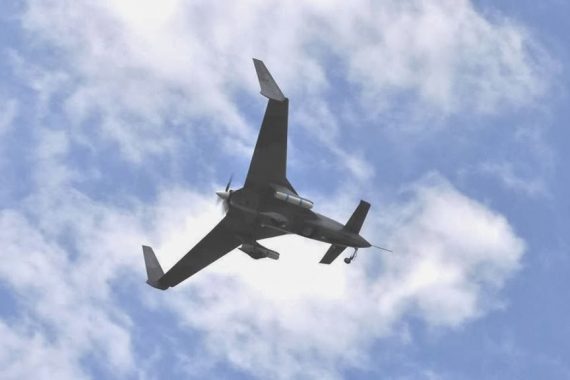 Indian Border Security Force claimed to sight high-flying drones along with Punjab’s Hussainiwala sector. Border Security Force personnel sighted the drone four times on the Pakistani side, while once it was seen almost a kilometer inside the Indian territory, a BSF official said, Press Trust of India.

According to news agency IANS, they were seen over Hazarsingh Wala village at 7.20 pm and then over Tendiwala village at 10.10 pm.

A rise in the movement of drones has been also witnessed at the international border adjoining Rajasthan.

According to sources, there is a rise in airspace violation by drones and spying aircraft from Pakistan at the international border adjoining Jaisalmer and Ganganagar.

Drones had earlier been spotted thrice on Monday night, with one reportedly flying at least a kilometer into Indian airspace before vanishing from view around midnight. Earlier the same night BSF personnel also saw more drones near the Pakistan side of the border.

“For the last two days we have been spotting a drone-like object hovering near our border with Pakistan. We have formed teams to investigate and have approached BSF also,” Sukhvinder Singh, District Superintendent of Police, was quoted by news agency ANI.

The Indian Air Force on Monday scrambled two Sukhoi-30 fighters from an airbase in Punjab after a Pakistani unmanned aerial vehicle was spotted close to the border.

Neither the Indian fighter jets nor the Pakistani jets violated airspace restrictions.

Previous A Day With The Only Female Thunderbird Pilot In The U.S. Air Force
Next After 33 Years Of Service IAF Last MiG-29 Makes Final Flight