In total, the “Thunderbirds” use 12 F-16s; nine are C-models and three two-seat D-models. 6 Aircraft are used for the displays and the rest in reserve

The squadron’s home base is Nellis AFB, near Las Vegas

In total, the squadron consists of 120 personnel – 12 officers, 4 civilians and 104 NCOs. The twelve officers all use the “Thunderbird” call-sign with their applicable number.

Each of these pilots is a fighter pilot in the squadron but only the first six participate in the airshow. The #9 is the team’s flight surgeon, #10 is the chief of the headquarters, #11 is the chief of support and #12 is the public relations (PR) officer.

Here are the interesting Facts about Thunderbird’s

1) The United States Air Force introduced its first official air demonstration team on May 25, 1953, at Luke Air Force Base, Ariz.

2) The name “Thunderbirds” is influenced in part by the strong Native American culture and folklore from the southwestern United States where Luke Air Force Base is located.

4) The Thunderbirds became the world’s first supersonic aerial demonstration team when it transitioned to the F-100C Super Sabre in 1956.

5) Prior to the Federal Aviation Administration’s ban on all supersonic flight at air shows in 1956, the Thunderbirds would often fly supersonic, or faster than the speed of sound, during demonstrations at the request of an air show sponsor.

6) In 1997, the Thunderbirds celebrated the Air Force’s 50th anniversary by performing 57 demonstrations for more than 12 million people.

7) The original demonstration lasted 15 minutes. Today, the Thunderbirds perform for around 75 minutes.

8) On average, pilots perform around 40 maneuvers during a demonstration, which is a mix of formation flying and solo routines.

9) In addition to performing in all 50 states, the Thunderbirds have also performed demonstrations in more than 50 foreign countries. 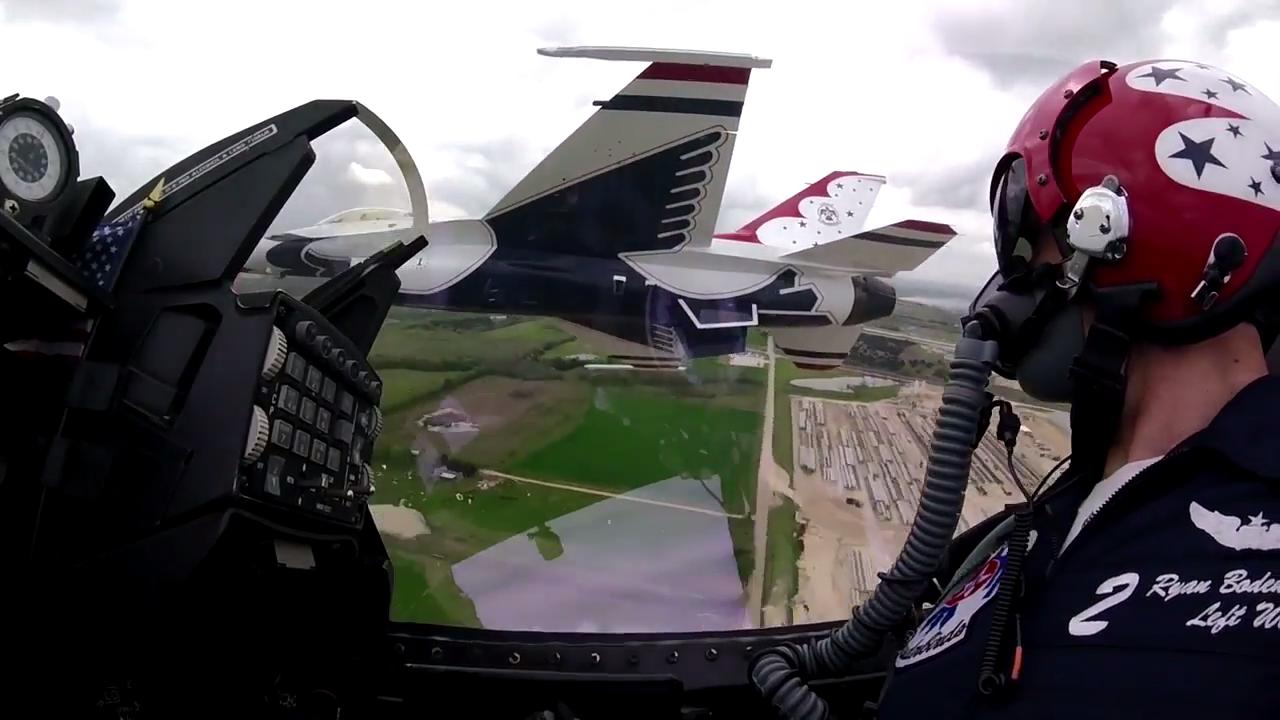