Details are emerging regarding the shot down of several Azerbaijani An-2 aircraft during the ethnic and territorial conflict over Nagorno-Karabakh.

Azerbaijan is flying “unmanned” An-2 biplanes as decoys to locate Armenian air defense and artillery position. The bi-planes fly towards Armenian positions forcing their ground troops to open fire thus exposing them to Azeri raids by drones and ground artillery

The pilots of the An-2 bi-planes parachute out soon after pointing the aircraft at Armenian positions. The plane’s control are secured with belts to ensure it maintains course.

Earlier, press secretary of the President of Nagorno-Karabakh, Vahram Poghosyan, announced the destruction of the Azerbaijani aircraft by their military. Later, Armenia confirmed shooting down an An-2 plane and added that pilot of the aircraft was missing.

Armenia’s Defense Ministry also posted some video shows an attack on Azerbaijani AN-2 over Nagorno-Karabakh.

An incident was reported on October 1 when an Azeri An-2 biplane was shot down by Nagorno-Karabakh missile system. However, the body of the pilot was not found near the wreckage leading to suspicion that the aircraft may have been unmanned.

YouTube videos of the incident show a blurry image of a slow-flying airplane being shot by a missile. From the footage, the aircraft cannot be identified.

It is worth mentioning that An-2 is archaic agricultural aircraft that first flew in 1947, as the Soviet Union was rebuilding after the tumult of World War II. And such an active appearance of this type of aircraft over the battlefield came as a complete surprise to many, but later it became known that Azerbaijan was using these aircraft to identify enemy air defense positions.

Azerbaijani military have converted a Soviet-era civilian airplane into an ad hoc unmanned aerial vehicle. Special equipment takes the place of a human pilot in the cockpit of an airplane, replacing the crew with a kit that takes just a short time to install. 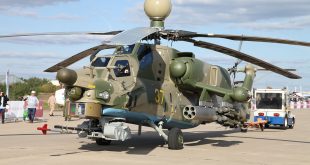