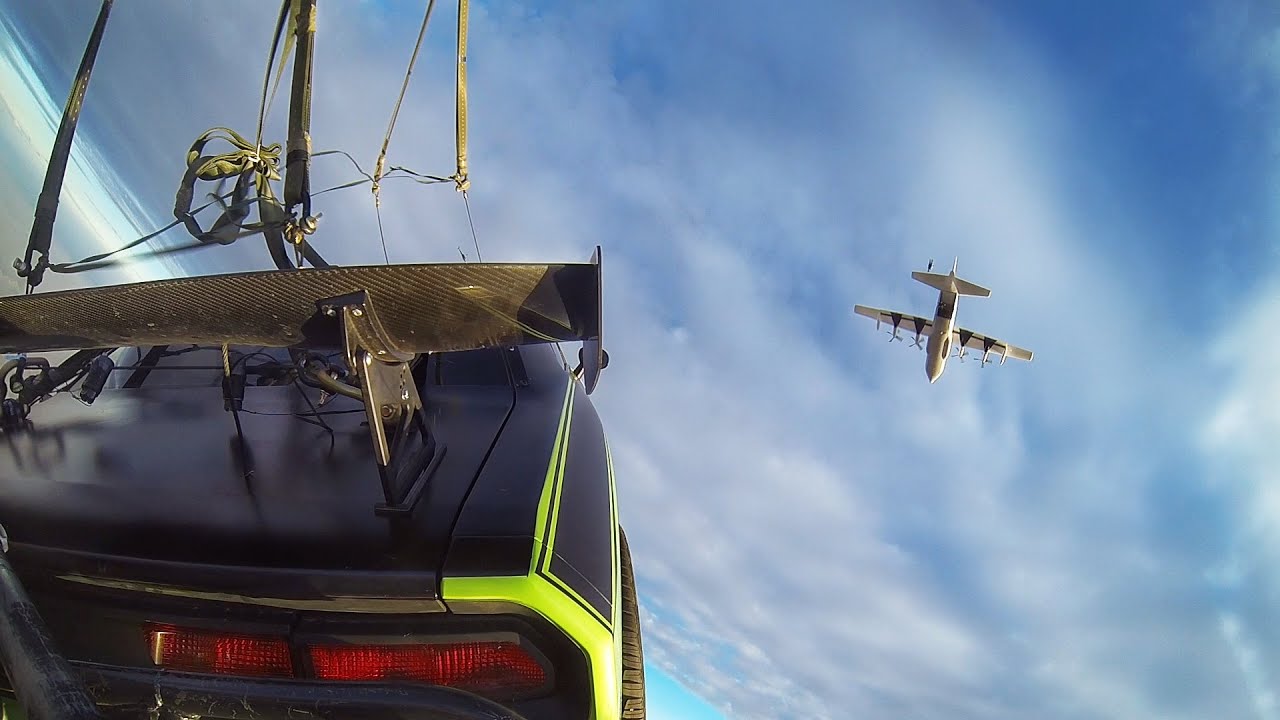 You know that scene from Furious 7, where the gang drives some cars out of an airplane and parachutes them safely back to earth?

(This is how they got the insane Furious 7 skydiving cars shot, step by step.)

It’s not just a bunch of CGI dicking around: The film crew actually pushed a bunch of parachute-equipped vehicles out of a C-130 cargo plane and had skydivers filming as they plummeted to the ground.

Of course, there are CGI aspects to the final scene. You didn’t expect the studio would have its most valuable stars buckle in to some cars as they plummeted nearly uncontrolled out of an airplane.

But the major part of the scene—the cars backing out of the plane and parachuting to the ground—was an actual, real-life stunt.

Here is the Scene in the movie

Furious 7 is a 2015 American action film directed by James Wan and written by Chris Morgan. It is the seventh installment in The Fast and the Furious franchise.