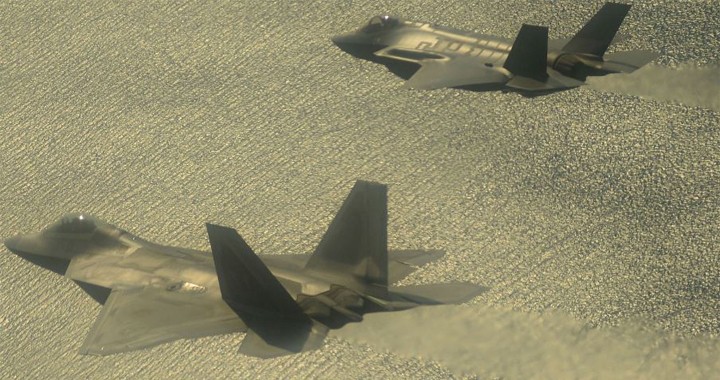 According to Military watch magazine China claims to have created a high-end Divine Eagle drone, reportedly conceptualized specifically to neutralize the United States military’s growing number stealth Fighter and bombers Aircraft such as the F-35, F-22, and B-2 which are deploying to Northeast Asia in fast-growing numbers.

Under development in 2012, the Divine Eagle was designed as a high altitude long endurance unmanned aircraft intended specifically to seek and destroy enemy stealth platforms.

The drone was developed by the Shenyang Aircraft Design Institute and reportedly has by far the largest wingspan for any combat drone in the world – through its exact size remains uncertain.

The size of the Divine Eagle drone allows it to deploy heavier radars than lighter fighter aircraft, making it a potentially ideal platform for detecting stealth fighters and bombers with specialized radar cross section reducing airframes at extreme ranges.

The Divine Eagle’s high altitude provides it with a considerably longer detection range than ground-based radars due to the limitations of the earth’s curvature – much like the heavy radars deployed from AEW and AWACS platforms.

A drone capable of detecting stealth aircraft from the air at extreme ranges represents highly prized assets for the PLA given the heavy reliance of U.S. strategies for war in the Pacific such as Air-Sea Battle on using radar-evading aircraft to penetrate Chinese airspace.

China has emerged as a world leading producer of combat drones currently rivaled on by the United States and has widely exported platforms such as the Wing Loong and Wing Loong II across the world.