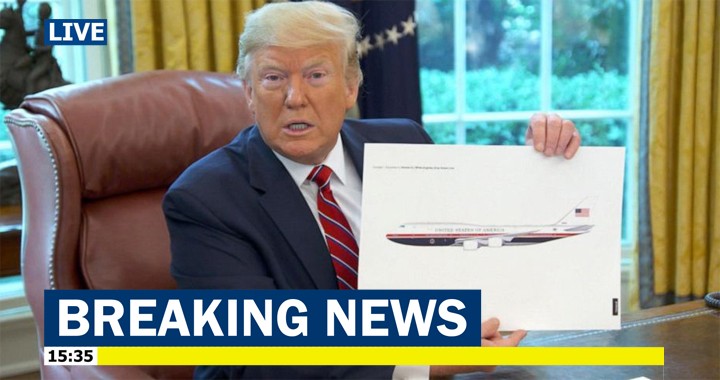 President of the United States Donald Trump revealed sketches of the brand new red, white, and blue paint scheme for Air Force One during an interview that aired on ABC’s Good Morning America show.

“There’s your new Air Force One,” Trump said, holding up mock-ups of the design, which is not scheduled to arrive until 2024. “I’m doing that for other presidents, not for me.”

“There are a couple of secrets,” Trump said, adding that he had been able to knock $1.6 billion off the original estimate. “You know what, there are a couple of secrets I don’t think we’re supposed to be talking about.” Stephanopoulos then asked whether the plane had a secret hatch to release a pod from the back of the aircraft like in the movie Air Force One. “Everyone wants to know, is there a pod or not?” Stephanopoulos asked, joking. When the president looked confused, he asked, “Seen the movie Air Force One?… The famous pod that flies out of the back?”

Last July, Trump announced his intention to revamp the design of the aging fleet. But on Wednesday, during an exclusive interview with ABC News, Trump showed his plan to swap the iconic sky blue-and-white paint job for a patriotic red, white and blue. 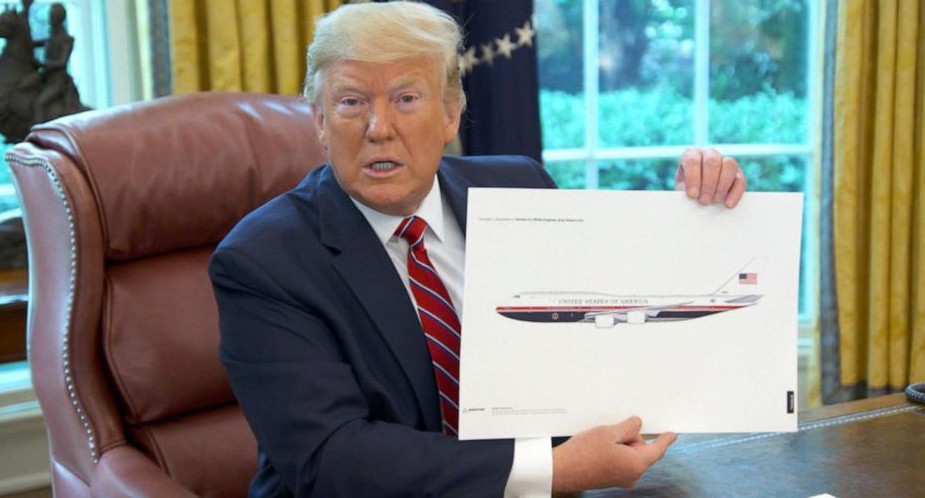 “We had different choices, here,” Trump said, pointing to images he said he designed himself. “These are all slightly different.”

The paint job looks to be a navy blue belly with a red stripe and a white upper fuselage, as well as similar seals, flags, and text as the iconic and historic livery currently worn by the two VC-25As that serve as Air Force One. You can read all about the history of the paint job, and my take on why it should absolutely not be changed, in this previous article of mine.

The livery actually looks vaguely similar to the one worn on his personal 757-200 and his helicopters. Beyond that, it is reminiscent of those previously used by TWA, U.S. Airways and even British Airways, to name a couple off the top of my head.

“Air Force One” refers to any aircraft carrying the president of the United States and most commonly refers to a pair of Boeing 747-200B series aircraft.

The current fleet comes with several modifications, including a presidential suite, medical operating room and a kitchen that “can feed 100 people at a time,” according to the White House.

Before taking office, Trump criticized the “out of control” costs in the government’s initial contract with Boeing to revamp the fleet. The White House said last year that its new contract came in $1.3 billion lower than the initial proposal.