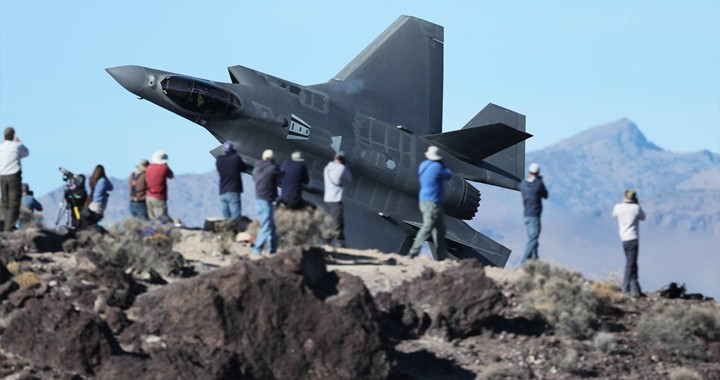 In the above video, Royal Netherlands Air Force shoots a  promotional video featuring  2  F-35A Lightning II’s putting on a show in California, December 2017.

Mach Loop is notable for their use as low-level training areas for fast jet aircraft.

Death Valley is a desert valley located in Eastern California, in the northern Mojave Desert bordering the Great Basin Desert.

It is one of the hottest places in the world at the height of summertime along with deserts in Africa and in the Middle East.