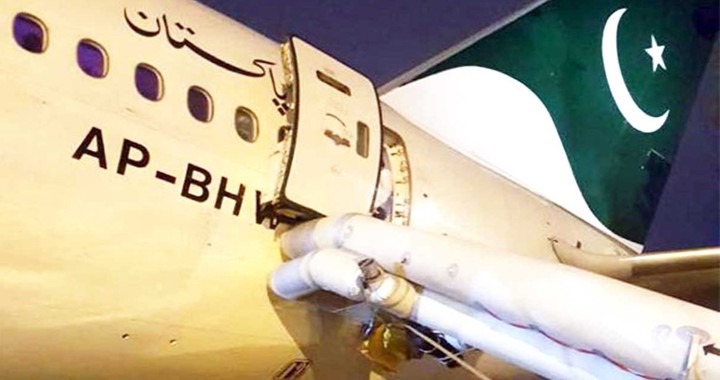 Just before departure, a female passenger wanted to go to the bathroom but mistakenly took the aircraft’s door for a toilet door. She opened the armed door at the rear left of the Boeing 777-340 (AP-BHW) and deployed the emergency slide.

“The PIA flight, PK 702, from Manchester to Islamabad was delayed by seven hours. The departure was delayed on Friday night when a passenger erroneously opened the emergency exit causing the emergency chute to activate,” said a PIA spokesperson.

During the investigation, the woman said she believed it was the door to the toilet.

The incident happened as the plane was parked on the runway ready to take off. All the passengers were offloaded from the flight and their luggage was removed

“As per standard operating procedure, the PIA had to offload nearly 40 passengers and their luggage,” PIA spokesperson told media.

The spokesperson said that PIA chief executive Air Marshal Arshad Malik had ordered an inquiry into the incident.

According to an aviation industry expert, deploying an emergency slide is not a small incident.