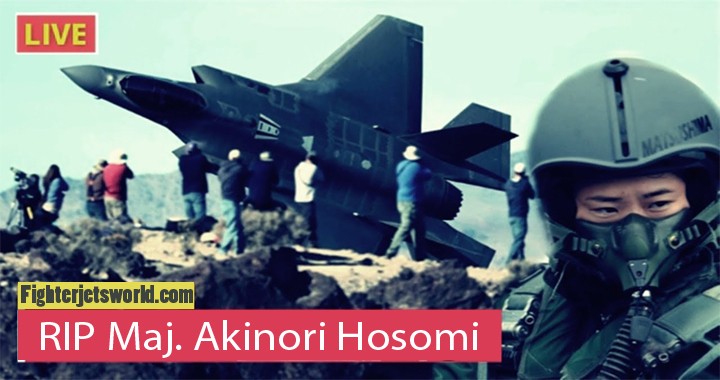 Two months after the crash the Remains of the pilot of Japan Air Self-Defense Force have been retrieved from the ocean. The remains were found Wednesday and identified as those of Maj. Akinori Hosomi, an ASDF public relations officer in Tokyo said.

Both Iwaya and the ASDF declined to reveal further details, citing privacy and the wishes of the bereaved family.

on 30 May 2019, Japan ended the search for Crashed F-35A Stealth Fighter Jet. The ministry has retrieved part of the jet’s flight recorder but its data was lost.

The ministry is now analyzing the cause of the crash by using radar data and communication records from three other F-35A fighters that were conducting a joint exercise about 135 km off Misawa Air Base in Aomori Prefecture.

The ministry plans to use a waterproof camera to search the ocean area where the remains were found, although it believes it is unlikely that anything offering clues regarding the cause of the accident will be found, Iwaya said.

“It’s truly regrettable we lost the excellent pilot who had a bright future ahead. … I extend my heartfelt condolences to the family,” Iwaya told reporters.

The advanced fighter that crashed was one of the first 13 F-35As deployed in Japan. The crash was the first involving an F-35A anywhere in the world, drawing the attention of military experts around the world.

Large portions of the highly sensitive F-35 remain unaccounted for with just some debris having been recovered after it was spotted floating near where the crash is thought to have occurred and located thousands of feet below the Pacific Ocean’s surface. The aircraft disappeared roughly 85 miles off the coast of the northern portion of Honshu Island after it launched from Misawa Air Base.

“F-35As are equipped with systems which can share flight data between jets, according to the Defense Ministry. The ASDF determined flights could resume when safety measures, based on the data received by three other jets flying with the crashed one, have been conducted.

Defense officials are believed to have now recreated part of the accident scenario based on information from that shared data, and recordings from land-based radar, according to the source.”

Since the accident, the ASDF has suspended operations of the remaining 12 F-35A jets at the Misawa base, but the ASDF reportedly plans to resume flights soon.

The F-35 stealth fighter, produced by U.S.-based manufacturer Lockheed Martin Corp., was jointly developed by nine countries including the U.S., the U.K., Italy, the Netherlands, Turkey and Canada.