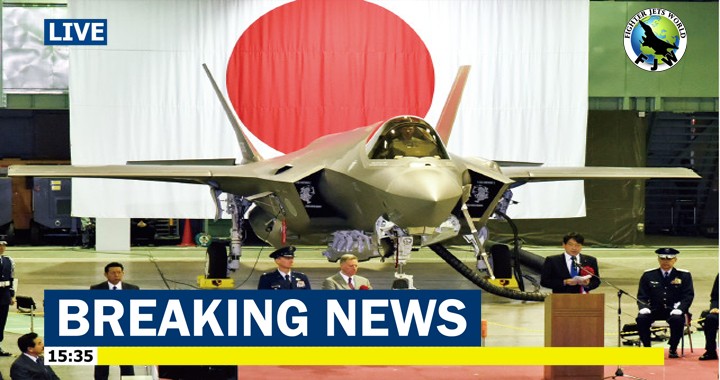 Mr Trump, in Tokyo for a state visit, said Japan “has just announced its intent to purchase 105 brand new F-35 stealth aircraft… This purchase would give Japan the largest F-35 fleet of any US ally”.

The Aircraft are stealth because the fact is you can’t see them.”

“The United States supports Japan’s efforts to improve its defense capabilities, and in recent months we have sent them a large amount of military equipment”

The upcoming deal, which may reportedly cost Japan a whopping $10 billion, has been discussed since December 2018 as Shinzo Abe’s government approved an increase in the country’s order for Lockheed Martin’s stealth fighters.

Meanwhile, Japan’s existing fleet of F-35A fighters has been recently plagued by technical problems resulting in at least seven emergency landings during the past two years.

The latest incident, which occurred in early April, saw a combat plane disappearing off radars and crashing in northern Japan due to cooling and navigation issues.