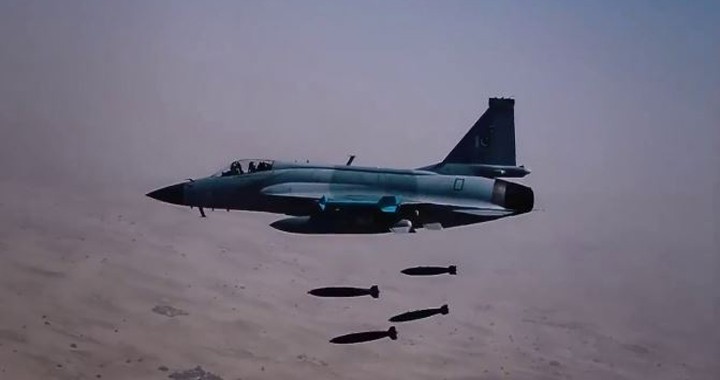 According to Director General of the Inter-Services Public Relations (ISPR) Major General Asif Ghafoor PAF engaged six targets across LoC from within Pakistani airspace. PAF fighter jets locked all targets with accuracy, and when they had the option to fire, they hit in the open air close to targets.

PAF Displayed its capability, will and resolve. But Pakistan doesn’t want the situation to escalate that’s why PAF fighter jets make sure that there be no loss of life or collateral damage while engaging of targets

The H-4 Stand-Off Weapon, a precision-guided glide bomb, dropped by the PAF fell into the compound of the Indian Army Brigade Headquarters in the Rajouri sector, making it a close call.

The two commanders had left for a nearby post when the PAF bomb fell into the compound of the Brigade Headquarters. This post was less than 700 metres from the spot where the bomb struck.

The new information suggests that they may have escalated to an even more serious turn of events had the PAF bomb hit the Brigade Headquarters when the top commanders were inside.

On 29 April, Ghafoor during a press conference said Pakistan that they knew who was at the Brigade Headquarters when “they intentionally dropped the bombs near it”.

On February 26, 2019, Balakot airstrike was conducted by India when Indian warplanes crossed the de facto border in the disputed region of Kashmir and dropped bombs in the vicinity of the town of Balakot in Khyber Pakhtunkhwa province in Pakistan.

Related Article: India-Pakistan Patch-War: Here’s All the uniform patches of PAF – IAF Airstrike made so far