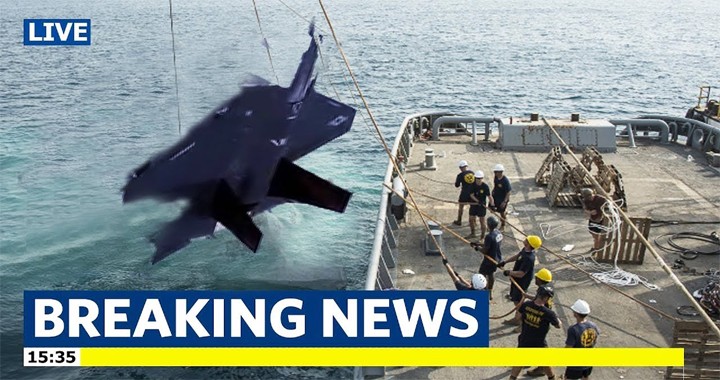 on April 9, 2019, a Japan Air Self-Defense Force F-35A Lightning II fighter jet reportedly crashes over Pacific. The crashed Joint Strike Fighter was one of four F-35As that took off from Misawa Air Base for a training mission at 6:59 p.m., Japan time, on April 9. The aircraft disappeared from radar tracking systems at 7:27 p.m. about 135 km (84 miles) east of Misawa Air Base, in the northern part of Japan’s main island of Honshu.

The missing F-35A’s tail was found on the ocean’s surface a few hours after the crash; however, the pilot and the aircraft’s fuselage have not been located.

The cause of the crash remains unknown.

The primary U.S. search effort ended in the third week of April. The U.S. Navy had chartered a privately-owned deep-sea search vessel, the Singapore-operated Van Gogh.

This vessel supplemented the search efforts of the Japan Agency for Marine-Earth Science and Technology research vessel Kaimei, equipped with a remote operating vehicle (ROV) that can dive to depths up to 3,000 meters, and the Japan Maritime Self Defense Force (JMSDF) submarine rescue ship JS Chiyoda (ASR-404).

Following the April 9 crash of the F-35A, all JASDF Joint Strike Fighters were grounded.

While there has been some media speculation that Russia or China will first get to the crash site and recover parts of the aircraft, U.S. and Japanese government officials repeatedly rejected that possibility.