B-52 bomber Cart Start: USAF use Explosive charges to Jump-start B-52 engines 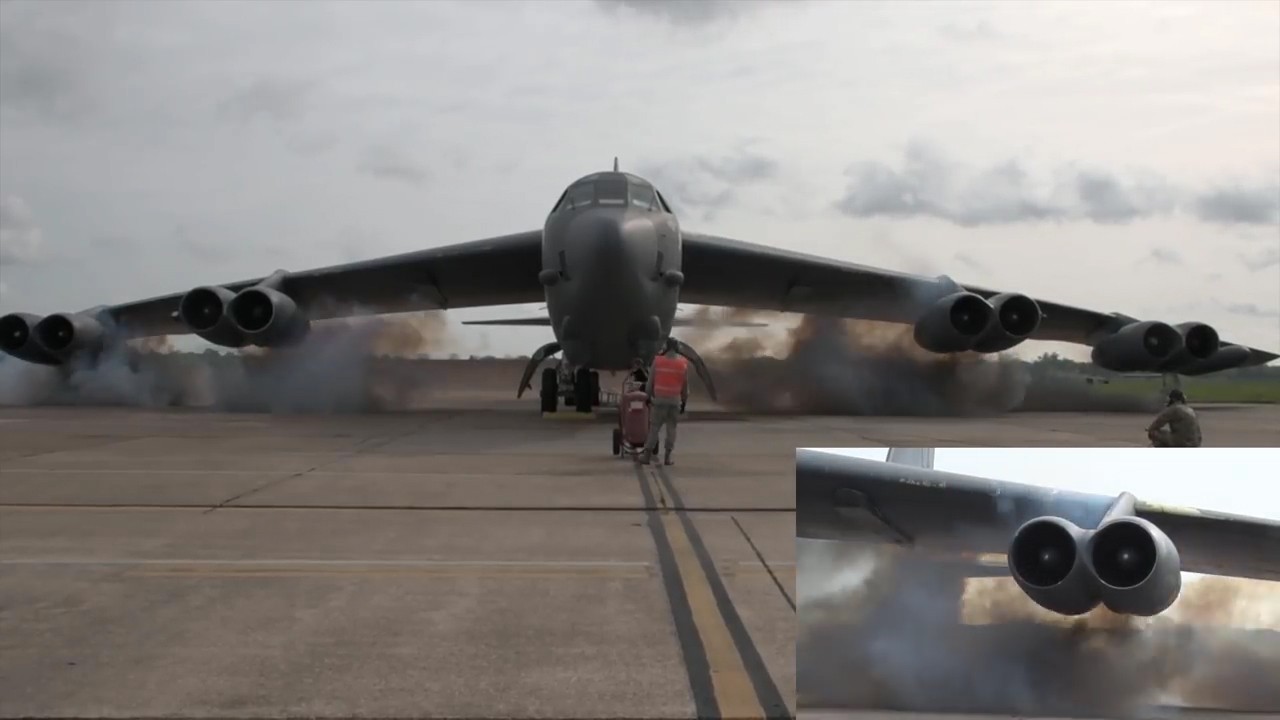 On a normal day, it takes about an hour to warm up a B-52. But not if you use explosive charges to kick-start its engines.

Airmen use small controlled explosive charges to get a bomber’s turbofan engines moving, allowing it get off the ground faster.

“During these launches, a small-controlled explosive is inserted into two of the eight engines located on the B-52.

“The charges basically jumpstart the engines, removing the need to bring out the aerospace ground equipment used on normal launches,” said Tech. Sgt. Andrew Poole, 36th EAMXS crew chief. “By removing these steps we increase the aircrafts startup time from more than an hour to less than 10 minutes.”

Normally B-52s are supplied with an alternate energy source and an air supply to start the engines. Using the cart-start launch, an engine with a generator is started immediately, and the remaining engines are started while the aircraft taxis to the end of runway.”

The bombers of the U.S. Strategic Air Command were on constant alert during the Cold War, prepared to retaliate against surprise nuclear attack at a moment’s notice. The B-52 Stratofortress was a mainstay of SAC’s bomber force, which was prepared to take off from bases all over the United States and converge on enemy targets. The bombers had to move fast to escape being caught on the ground by enemy bombers and intercontinental ballistic missiles.

The B-52H bomber, still used today, needs about an hour of preparation including safety checks to get airborne. However, the Air Force also invented the Cart Start method in case the hulking bombers needed to get on the move.

Ground crews insert small explosive charges into two of the eight engines. The explosion gets the engines going. A B-52 using Cart Start could be ready to takeoff in less than ten minutes—enough time to avoid being vaporized on the ground.

Although this engine-start-by-explosion seems like an obsolete capability, B-52 bombers still have a nuclear mission and could end up on the flight line during a crisis, needing to take to their air in a hurry. 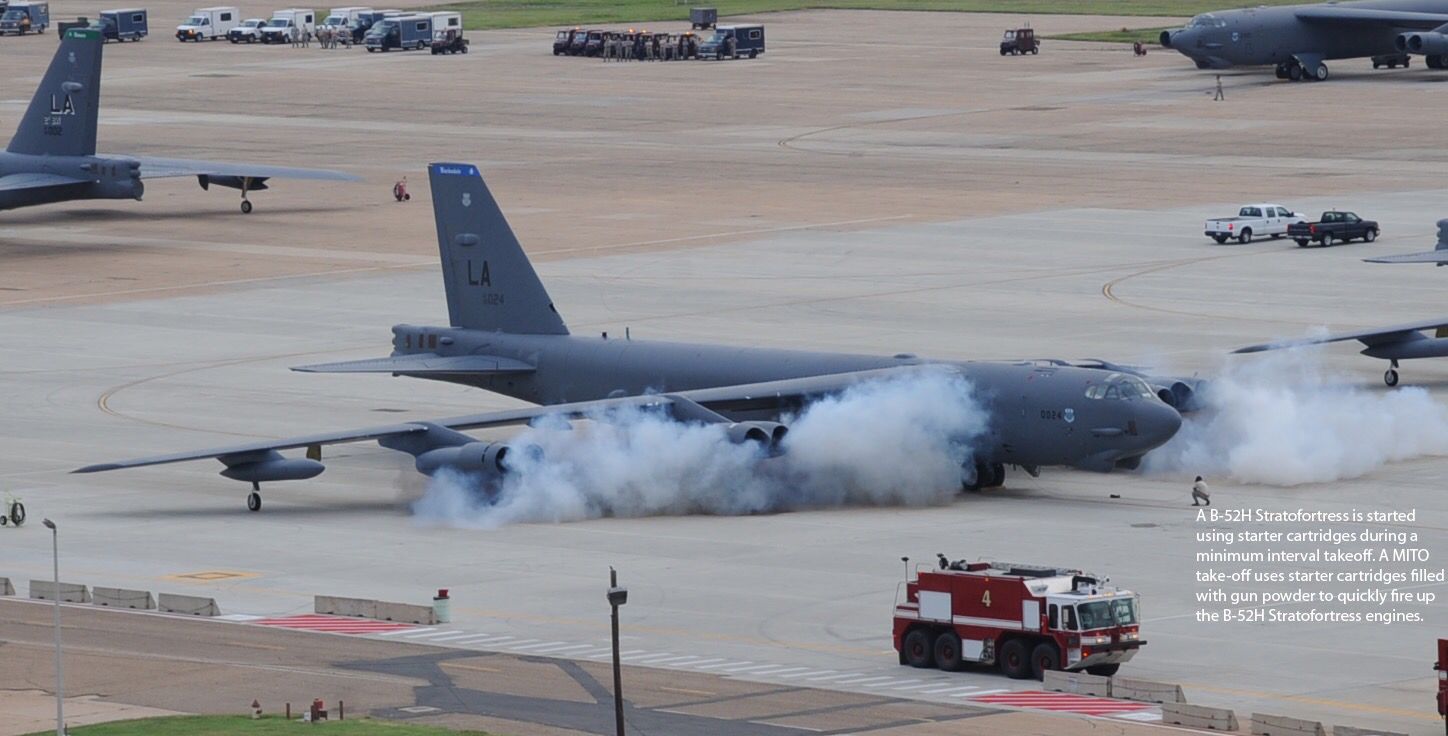