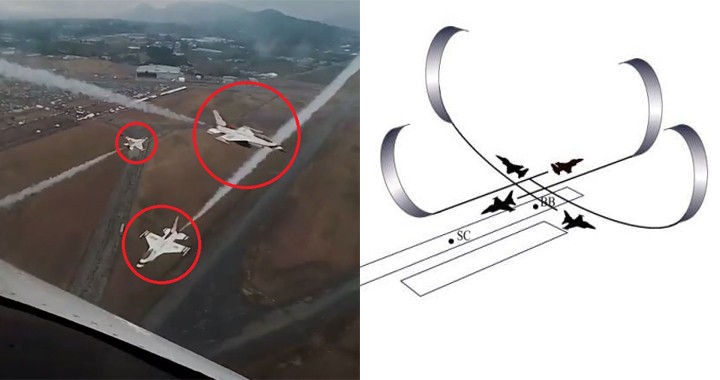 This new video, shot from inside Thunderbird #2, flown by “Left Wing” in the diamond formation, USAF Major Will Graef, provides some sense of the rate of closure of the four aircraft. The speed and proximity of the aircraft truly leaves little margin for error.

The High Bomb Burst Cross is flown during the Thunderbirds’ “high show”, when visibility, cloud cover and winds enable the team to fly with their highest maximum altitude restriction.

The “Cross” is actually the convergence of the four diamond formation aircraft at the bottom of the High Bomb Burst, a spectacular vertical break when the four F-16s of the diamond formation climb vertically to altitude in the Thunderbird diamond, two aircraft perform quarter-rolls, one performs a half-roll, and the aircraft “break” at somewhere between 12,000-15,000 feet altitude. Following the break, the aircraft diverge in four different directions, performing the back half of a loop to re-converge over show center. 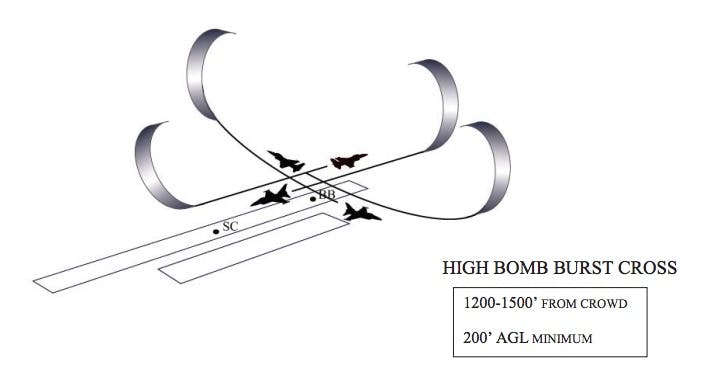 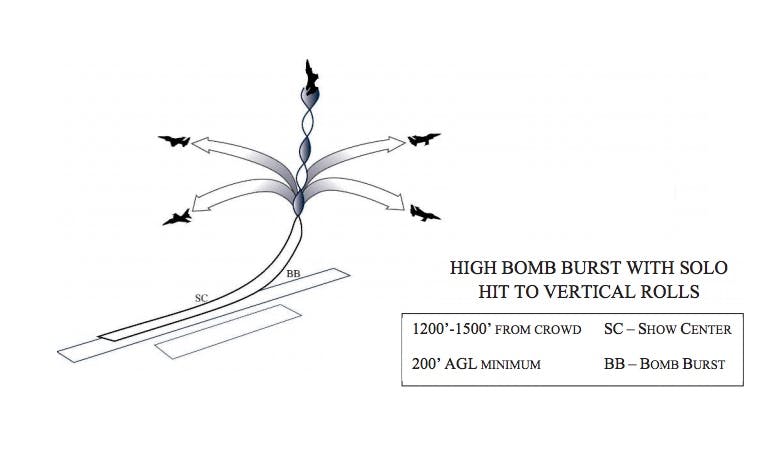 But even if the separation distance between the F-16s does appear greater as viewed from the cockpit video camera of Thunderbird #2, Maj. Will Graef’s aircraft, there is still little margin for error in a maneuver when rates of closure are well above 1,000 MPH.

The new video, posted late this week by, Thunderbird #12, Public Affairs Officer Maj. Ray Geoffroy and Thunderbird #2, “Left Wing” in the diamond formation, Maj. Will Graef. Within hours the video had thousands of views and hundreds of shares as one of the most unique and dynamic scenes to surface during the 2019 airshow season so far.

The Thunderbirds are assigned to the 57th Wing, and are based at Nellis Air Force Base, Nevada. Created 66 years ago in 1953, the USAF Thunderbirds are the third-oldest formal flying aerobatic team (under the same name) in the world, after the United States Navy Blue Angels formed in 1946 and the French Air Force Patrouille de France formed in 1931. 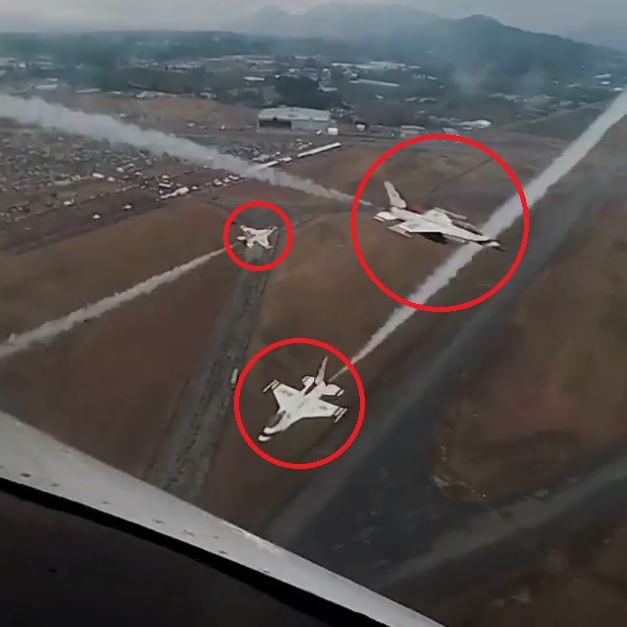