The Marine Corps announced in a press release last week that Satz, 29, of Boise, Idaho, completed the F-35B Basic Course on June 27.

“The first flight in an F-35 is by yourself,” Satz said in the release. “The syllabus thoroughly prepares you for that first time you take off and for every flight after that, it’s an exhilarating experience.”

Now, she’s cleared to operate the cutting-edge fifth-generation stealth, supersonic fighter aircraft in combat. She’s the first woman to complete the F-35B Basic Course, designed specifically for the Marine Corps variant of the fighter jet. The F-35B can take off and land vertically from amphibious assault ship flight decks and austere locations with little runway space.

Satz is joining the “Green Knights” with the Japan-based Marine Fighter Attack Squadron 121. VMFA-121 was the first F-35B squadron to complete an operational deployment with a Marine expeditionary unit aboard a Navy ship. 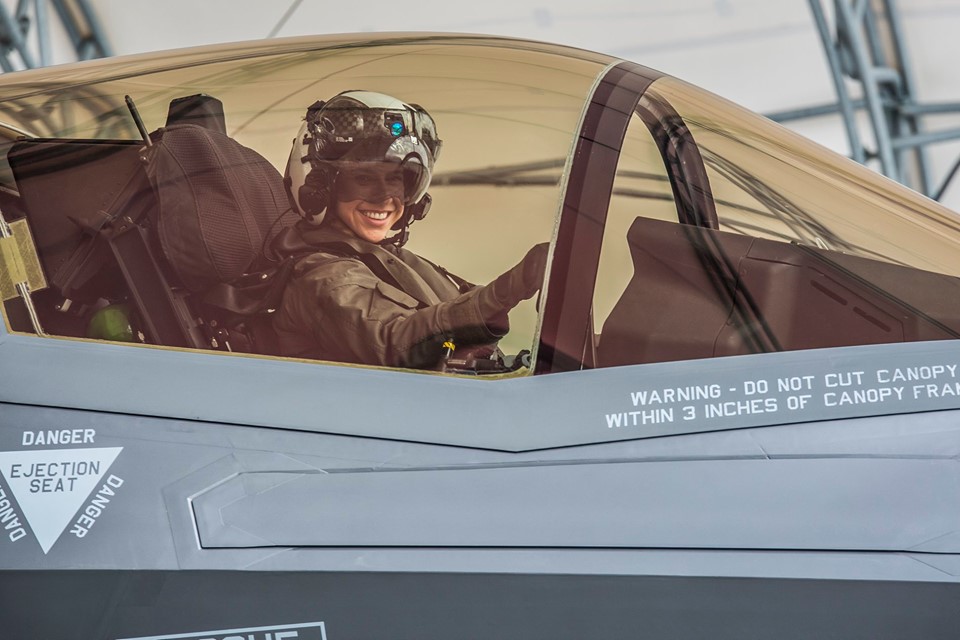 She attributes her success to hard work and great training programs by the Marine Corps.

“At each of my training schools I did my best,” Satz said in a statement. “I truly believe that showing up prepared and working diligently are two major keys to success.”

Satz has more than 300 flight hours under her belt, and before serving in the Marine Corps earned her commercial pilots license flying a Robinson R44 Helicopter.

Now, she will join a unit called the Marine Fighter Attack Squadron 121, the Green Knights in Iwakuni, Japan.

“I am incredibly excited to get to VMFA-121 and look forward to the opportunity to serve in the Fleet Marine Forces,” Satz said.

The first flight was done solo — something that Satz said she was prepared for thanks to her training, which included practice time in simulators and written exams.

“The syllabus thoroughly prepares you for that first time you take off and for every flight after that, it’s an exhilarating experience,” she said in the press release.

The Marines said Satz, who has more than 300 flight hours, will now join a unit called the Marine Fighter Attack Squadron 121, the Green Knights in Iwakuni, Japan.

Satz is a graduate of Boise State University, according to NBC affiliate KTVB in Boise. Her milestone comes 24 years after the Marine Corps got its first female aviator, then-2nd Lt. Sarah Deal, reported Military.com.