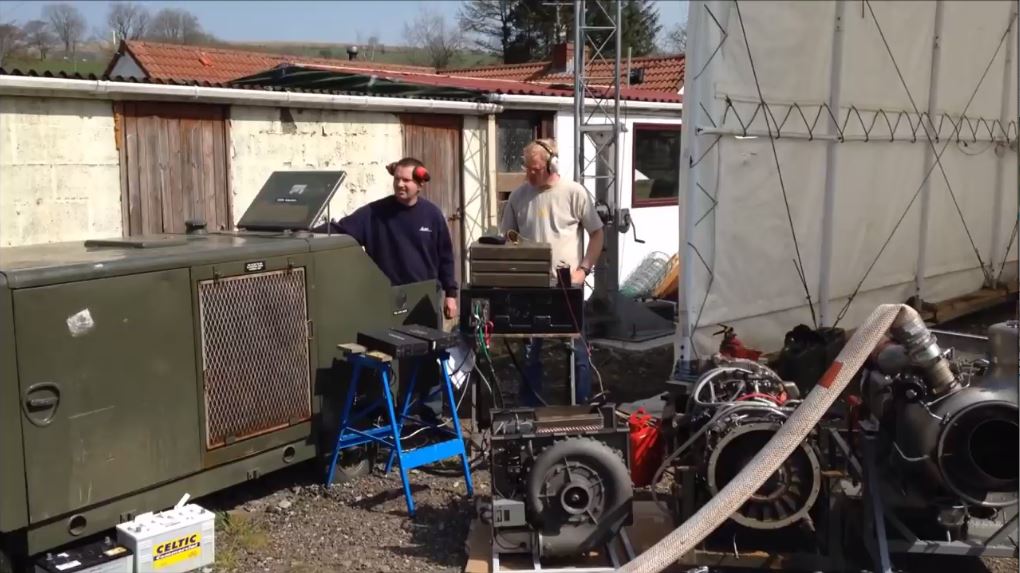 Here are couple of Crazy guys got their hands on a lone Boeing 747 Rolls Royce RB211 Engine and rigged it up in their backyard.

To the astonishment of everyone they actually got it to work when they hooked it up. I’ve got to warn you things get pretty crazy when they really get it going in this video.

The Boeing 747 is just about the most popular aircraft on the planet, even people who don’t know planes can identify it.

The 747 is a pretty big plane, able to achieve lift with a maximum payload of 154 tons and a wingspan of over 210 feet. A plane with such immense size needs quite a bit of power to get off the ground fortunately, it comes equipped with Rolls-Royce RB211 Engines to help with that.

The Rolls-Royce RB211 is a British family of high-bypass turbofan engines made by Rolls-Royce plc. Mismanagement 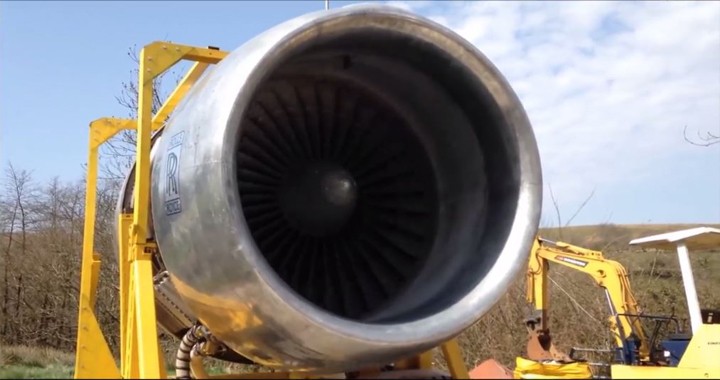 Originally developed for the Lockheed L-1011 TriStar, it entered service in 1972 and was the only engine to power this type of aircraft. The RB211 engine was the first production three-spool engine, and it was to turn Rolls-Royce from a significant player in the aero-engine industry into a global leader. Already in the early 1970s, the engine was reckoned by the company to be capable of at least 50 years of continuous development.

The RB211 was officially superseded in the 1990s by the Rolls-Royce Trent family of engines, the conceptual offspring of the RB211.

“The RB211 differed from other engines in its class in having three instead of two shafts. Each shaft has a compressor on its forward end and a turbine on its aft end. This design permitted each compressor to run nearer its optimum speed and efficiency and reduced the number of blades and other parts required in the engine. The static thrust varied from 160 KN (36,000 pounds) to 245 KN (55,000 pounds).”