Declassified’ videos USS Nimitz UFO incident: That Time the U.S. Navy Had a Close Encounter With a UFO 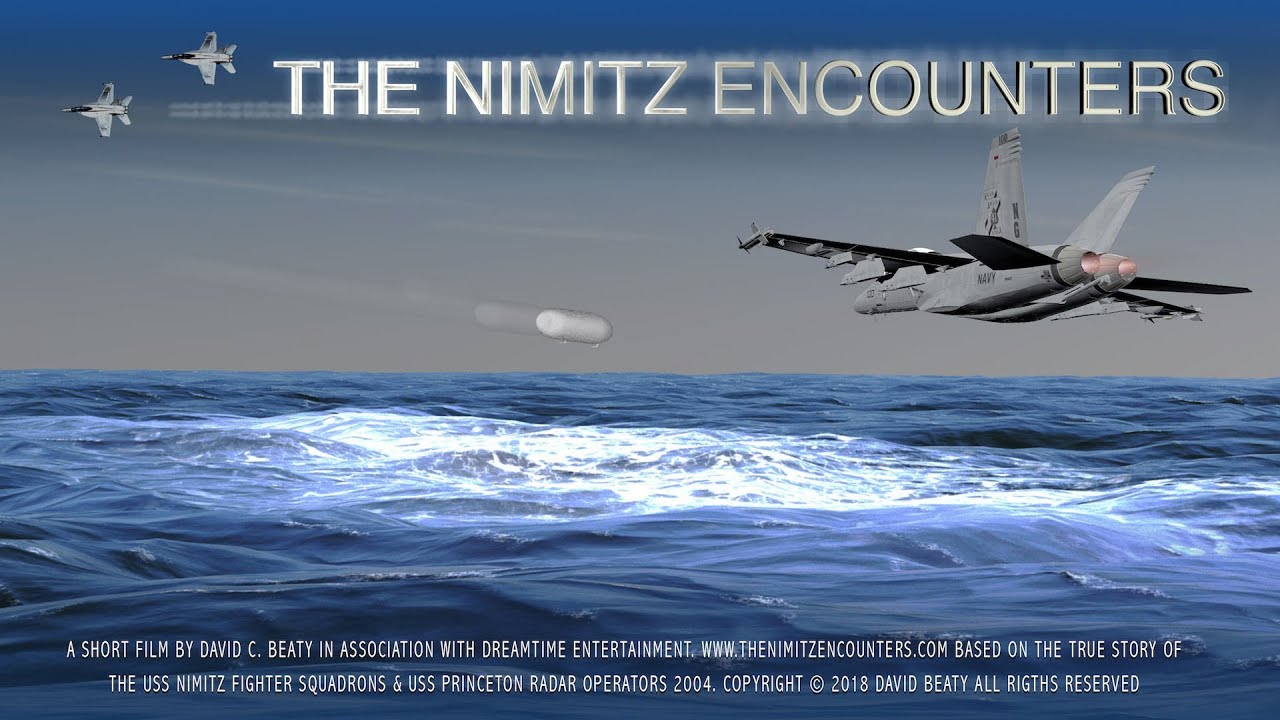 The USS Nimitz UFO incident refers to a 2004 radar-visual encounter of an unidentified flying object by US fighter pilots of the Nimitz Carrier Strike Group. Sourced by a CBS affiliate investigative team based in Las Vegas, the report exposes numerous mysterious sightings of AAVs between 10–16 November 2004, which is referred to as the USS Nimitz UFO incident.

The New York Times reported on a mysterious interaction between the U.S. Navy and what could only be called UFOs. The sighting, which took place in 2004, involved a U.S. Navy Aegis cruiser, seven Hornet and Super Hornet strike fighter jets, and a pair of unknown objects. The sighting, which was rumored but unsubstantiated for a decade remains unexplained to this day.

In December 2017, infrared footage of the encounter was released to the public. According to The Washington Post, the video was released by former intelligence officer Luis Elizondo to shed light on a secretive Department of Defense operation to analyze reported UFO sightings, the Advanced Aviation Threat Identification Program

According to the Times, in 2004 two F/A-18F (twin seater) Super Hornets from the aircraft carrier USS Nimitz were flying 100 miles off the coast of San Diego when a nearby U.S. Navy guided missile cruiser, the USS Princeton, contacted them and asked what weapons they were carrying. The Super Hornets replied they were carrying dummy AIM-9 Sidewinder air-to-air missiles that could not be fired.

“Well, we’ve got a real-world vector for you,” replied the USS Princeton’s radio operator. According to the Times:

For two weeks, the operator said, the Princeton had been tracking mysterious aircraft. The objects appeared suddenly at 80,000 feet, and then hurtled toward the sea, eventually stopping at 20,000 feet and hovering. Then they either dropped out of radar range or shot straight back up.

The Super Hornets flew to investigate the last known location of the object and to their surprise, found two objects. The first was large and just below the surface of the water, causing the water to churn. The second object hovered just 50 feet above the water, moving erratically.

The second object suddenly rose up and flew towards the Super Hornets, with one pilot. Commander David Fravor, saying it appeared it was rising up to meet him. The Hornet turned towards the object to meet it and the object peeled away, accelerating, “like nothing I’ve ever seen,” Fravor later said.

The Super Hornets conferred with the USS Princeton and were vectored to a CAP point 60 miles away. Within seconds, the pilots were told by the Princeton that radar had picked up the object already at the CAP point. By the time the Super Hornets arrived however the object had already disappeared.

According to the pilots, the craft – if that’s what it was – was “solid white, smooth, with no edges… uniformly coloured with no nacelles, pylons, or wings” and estimated to be approximately 46 feet in length.

The most astonishing new details from the report concern is an account of water disturbance on the calm ocean surface, observed in relation to an AAV incident, estimated to be between 50 to 100 metres in diameter and in a round shape.

“It was the only area and type of whitewater activity that could be seen and reminded [the pilot] of images of something rapidly submerging from the surface like a submarine or ship sinking,” the report reads.

“It is possible that the disturbance was being caused by an AAV but that the AAV was ‘cloaked’ or invisible to the human eye.”

Skeptics have called into question the veracity of the pilots’ accounts, pointing out that the sighting could be explained by equipment malfunction or human error. On his part, one of the witnesses, retired Navy commander David Fravor, lamented the amount “of misinformation that [was] starting to come out through third and fourth parties” during a June 2018 interview