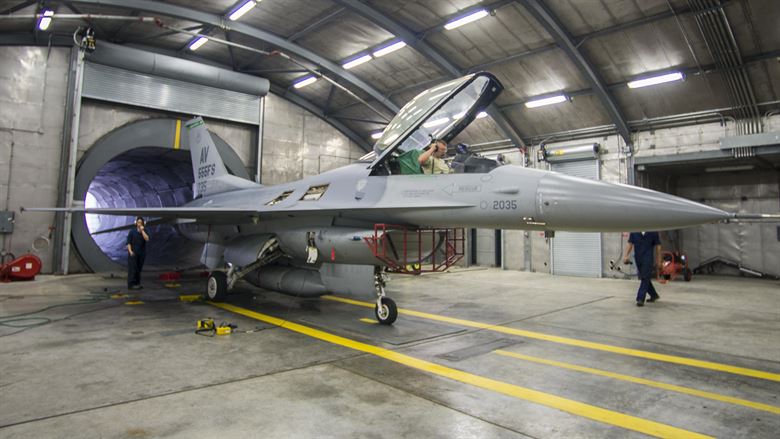 The F110 engine uses the same engine core design as the General Electric F101. The F118 is a non-afterburning variant. The engine is also license-built in Eskisehir, Turkey by TUSAŞ Engine Industries (TEI)

The F-16 Fighting Falcon entered service powered by the Pratt & Whitney F100 afterburning turbofan. Seeking a way to drive unit costs down, the USAF implemented the Alternative Fighter Engine (AFE) program in 1984, under which the engine contract would be awarded through competition. The F110 currently powers 86% of the USAF F-16C/Ds.

The F-16C/D Block 30/32s were the first to be built with a common engine bay, able to accept both engines, with block 30s having the bigger intake (known as “Big Mouth”) and block 32s retaining the standard intake.