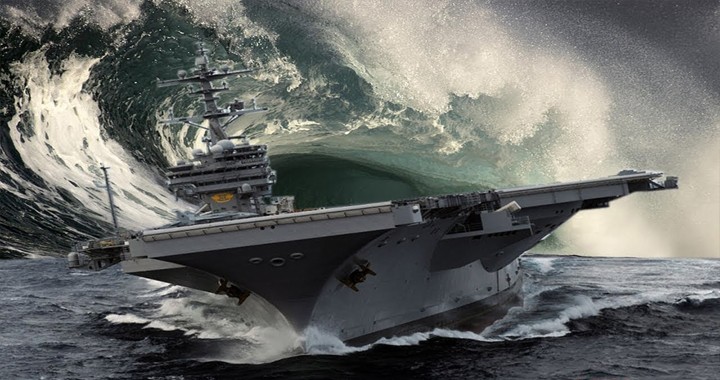 Ever since the Aircraft Carrier replaced the battleship as the queen of the sea, it has defined what modern sea power is all about. However, every now and then mother nature shows what she is capable off, throwing waves over the flight deck.

At the flight deck, a black hawk helicopter and an F-18 Hornet have been left, securely chained down.

It’s a striking reminder, however, that even that largest and more impressive ships face incredible dangers from the ocean itself.

The dimensions of this super-carrier are mind-boggling, to begin with; 1068 feet long, 257 feet wide and displacing over 97 thousand long tons. It stands just over 244 feet from the keel to the mast which is about the height of a 24-story building.

The ship can reach speeds of over 30 knots and is powered by four Westinghouse geared steam turbines, eight Foster Wheeler steam boilers that turn 4 five-bladed screws of 66,220 pounds each.

Between 5,500 and 6,200 crew members are required to operate it which require all the facilities of a floating city. 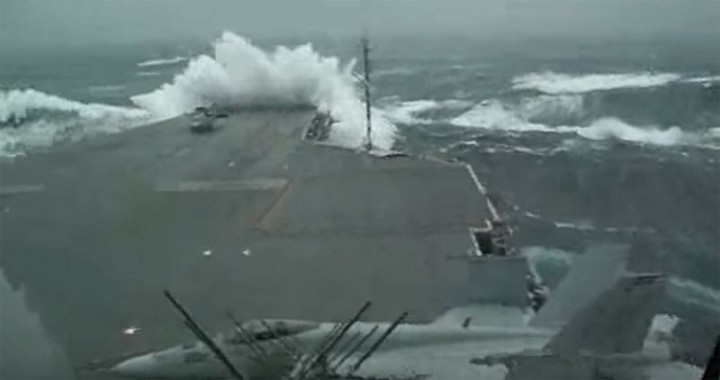