List of people dead in Canadair plane crash in Mexico 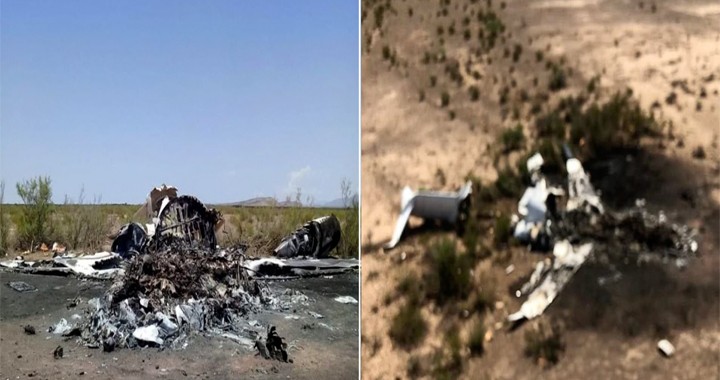 A Canadair Challenger 601-3A corporate plane flying from Las Vegas with three crew members and 10 passengers crashed in northern Mexico.

According to the flight manifest, there were three crew Pilots Juan Jose Aguilar Talavera, 45, and Luis Ovidio Gonzalez Flores, 29, as well as Adriana Monserrat Mejia Sanchez, 29.

Typhoon Offshore, a Mexican oil firm, said two of their executives – Luis Octavio Reyes Dominguez, 54, and Ramon Amauri Vela, 57 – had been killed along with their families in the crash, Forbes Mexico reported.

The other family aboard was that of petrochemical engineer Ramon Amauri Vela, who was killed along with his wife Martha Isabel Garcia Lagunes, 43, and son Gary Amauri Vela Garcia, 19.

The couple’s daughter Martha Naomi Vela Garcia skipped the trip due to school commitments, a decision that saved her life, the Mexican press report.

The passengers were reportedly on the way home from watching boxer Canelo Alvarez fight Daniel Jacobs at the T Mobile Arena in Las Vegas on Saturday night.

The plane was registered to Utah-based TVPX, listed as an insurance, customs and trust company. The company declined to comment on who was operating the plane.

The aircraft reportedly lost contact Sunday evening, around two hours after take off.

Local reports say there was a strong storm in the area at the time of the crash.