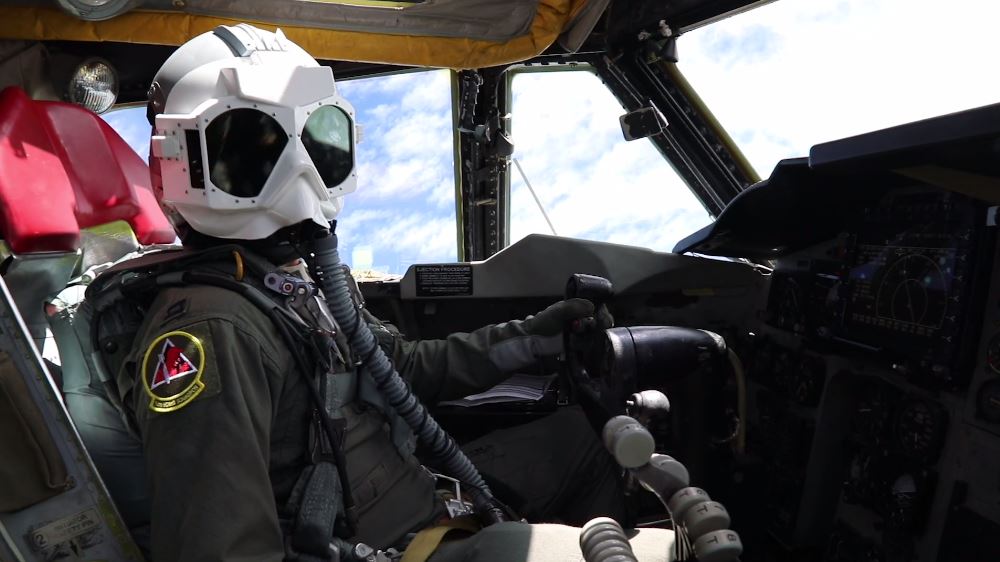 The Video in the post brings you inside the cockpit of a B-52H Stratofortress strategic bomber flying a nuclear alert training sortie.

The Video provides a quite rare and interesting view of an aircrew from the 96th Bomb Squadron (based on the shoulder patch worn by one of the pilots) with the 2nd Bomb Wing out of Barksdale Air Force Base, Louisiana, as it carries out a simulated nuke attack.

Although quite short, the clip shows several interesting details: the nuclear weapons panel, the front panel and the nav station and, above all, it provides a glimpse at the rare Polarized Lead Zirconium Titanate (PLZT, pronounced “plizzit”) used by the B-52 pilots to protect their eyes from injuries caused by the initial thermal flash from a nuclear blast. It’s probably the first time I see these goggles worn in-flight.

The new video is a product of Dallas-based film producer Jeff Bolton available at JeffBolton.org, who was allowed to fly and film the ultra-secret nuclear mission training evolution with an active-duty U.S. Air Force (USAF) bomber crew.

Bolton is working in partnership with Defense News in producing a multi-media series about the United States military’s nuclear arsenal.

The B-52H Stratofortress is a multi-role heavy bomber that deploys both conventional and nuclear weapons anywhere in the world from its home bases at Barksdale Air Force Base in Louisiana and Minot Air Force Base in North Dakota. “It’s no coincidence that the B-52 bomber’s global nuclear capabilities are being highlighted as nation-state tensions between the United States, China, Russia, North Korea, and Iran are growing daily,” said producer Jeff Bolton. “These new in-flight cockpit videos demonstrating the B-52H reach and nuclear firepower are why the legacy bomber remains so relevant in the world today.”

Originally designed as an intercontinental, high-altitude nuclear bomber, the B-52’s operational capabilities have advanced over the years to meet changing national defense needs. Boeing built 744 B-52s and delivered the last, a B-52H, in October 1962. Only the H model is still in the Air Force inventory; it is assigned to Air Force Global Strike Command.

The B-52 is the most combat-capable bomber in the U.S. inventory. Due to its high mission-capable rate, large payload, long-range, persistence, and ability to employ both nuclear and conventional precision standoff weapons, the B-52 continues to be a critical contributor to the U.S. National Security Strategy.