Run-in of Future TECHNOLOGIES of the TURKEY Army

One of the main tasks of the SSM is to re-organize and integrate the existing national industry so as to satisfy defense industry requirements, encourage new enterprises and channel them according to the integration and requirements, seek possibilities for foreign capital and technology contribution, guide enterprises and make plans for state participation in this respect.

Over the last 21 years since its establishment, and as a result of dedicated efforts, the Undersecretariat for Defence Industries has made real achievements in the creation of a modern national defense infrastructure in Turkey, with highly successful results in certain vital areas. Key defense industrial institutions have been established to meet the requirements of the Turkish Armed Forces through local sources, each of which fills an important gap in their scope of activity.

Additionally, some important capabilities have been obtained in the framework of the projects and industrialization activities. Briefly, these are as follows:

Turkish defense industries are now able to manufacture authentic products and have a wide research and development programme in which the main supporter is TÜBİTAK.

As a result of SSM projects now Turkey have the existence of a defense industry. There are very sufficient sub-system producers, firms in Teknokent, small and medium-sized enterprises, research institutions and universities.

The latest U.N. figures show Turkey, China, and the Czech Republic joining the list of the world’s top exporters of small arms, which is led by the United States.

Turkey has created its first prototype of the High Powered Laser Weapons System. The system, built by engineers, was tested, and the results were an absolute success. However, while Turkey is celebrating this victory in its military sector, neighboring countries are looking with a suspicious eye. Over the past couple of years, Turkey has been beefing up its military’s muscle to be strong and resilient.

The building, buying, and planning to purchase military equipment from its High Powered Laser Weapons System, to its drones, frigates, corvettes, air-to-air missiles, submarines, and much more, all these advancements in the Turkish defense sector are causing uneasiness in the geopolitical sphere. To know just how serious Turkey is, just take a look at some of its built and bought military supplies:
High Powered Laser Weapons System:

In January 2015, it was announced that Turkey had successfully tested its first prototype of its High Powered Laser Weapons System. The Scientific and Technological Research Council of Turkey, TÜBİTAK, carried out the tests in December 2014. Just a year ago, research and development started on the project, with a budget of $120 million.
Military Drones

More advanced unmanned aerial vehicles, being named the Anka, have been promised in the coming years by the Turkish government, however, majors delays have been seen along the way. Since the early 2000s, Turkish engineers have been hard at work on the Anka but no solid release date has been mentioned, according to media source Hurriyet Daily. Officials of Tusas Turkish Aerospace Industries have announced that the organization is trying its best to achieve a release date between 2016-2018. If successful, this could mean not only a stronger defense for Turkey but prospective buyers from other countries could wish to get their hands on the top technology Turkey has to offer.
Air-to-Air Missiles

It was reported on in February of this year that Turkey’s military will go ahead with the purchasing of a $3.5 billion air defense system from China. Even though this system is not compatible with the NATO air defense network, the defense minister of Turkey has announced that the deal will still go through as planned. Turkey’s Defense Minister Ismet Yilmaz said that the system, which will be bought by using “foreign financing,” will be “integrated with the national system for Turkey’s defense and will be used without integrating with NATO,” according to online media sources. 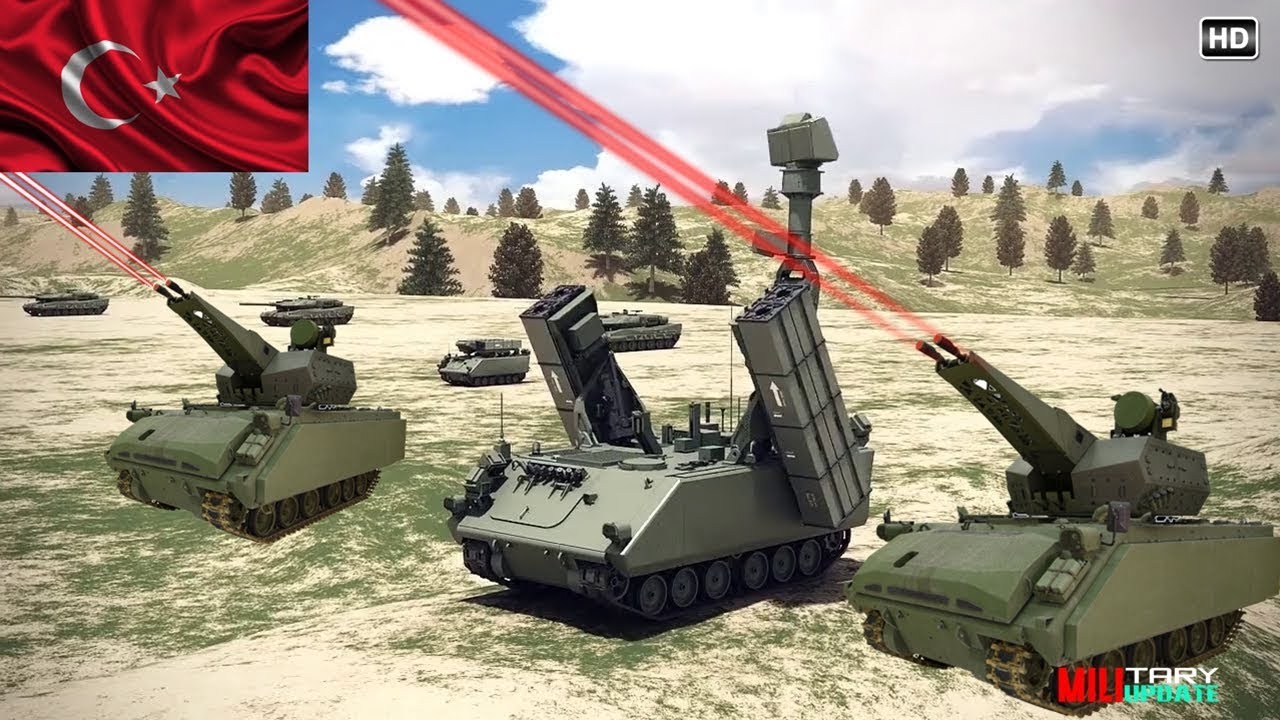