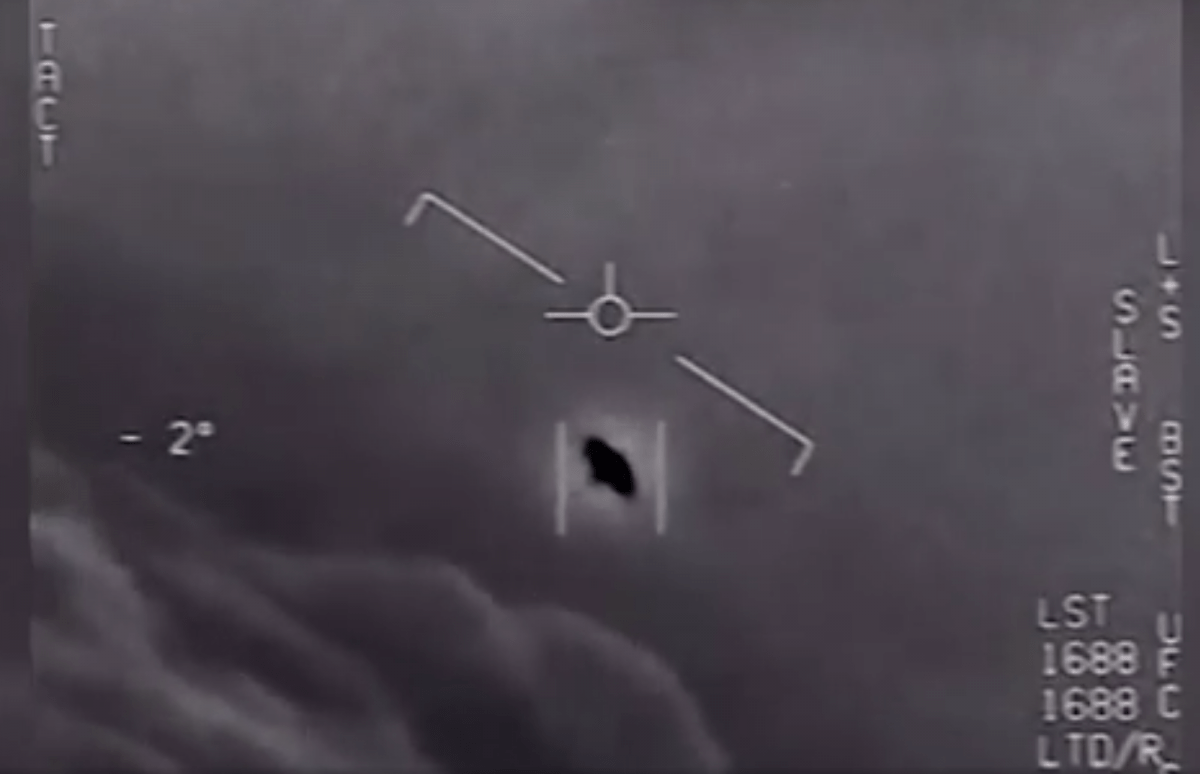 The US Navy has admitted that videos taken by pilots apparently showing encounters with UFOs are real. Two videos show three encounters between warplanes and what the navy says “are unidentified aerial phenomena”.

Joseph Gradisher, the Navy’s spokesman for the deputy chief of naval operations for information warfare, confirmed that the Navy considered the objects in the videos to be unidentified.

“The Navy designates the objects contained in these videos as unidentified aerial phenomena,” he said in a statement to The Black Vault, a civilian-run archive of government documents.

Gradisher also said the videos were never cleared for public release. “The Navy has not released the videos to the general public,” he said.

He also later gave the statement to the news outlet Vice.

One video was taken in 2004 and two in 2015 but was only released earlier this year and show the objects performing manoeuvres not possible using current aviation technology.

To be clear, this doesn’t mean the videos show aliens, or that the US Navy is suggesting that’s what they are. It only means the unidentified aerial phenomena (UAPs) are objects that cannot be identified.

The first incident happened over a couple of days in November 2004 but the video footage of the flying object was not revealed to the public until December 2017.

A leaked report from the Pentagon revealed that a supersonic UFO shaped like a Tic Tac sweet had stalked a US Aircraft carrier for days before vanishing into thin air. Some of the pilots said that the aircraft could make itself invisible as it travelled next to them.

The craft was described by one of the pilots mentioned in the report as “solid white, smooth, with no edges… uniformly coloured with no nacelles, pylons or wings”, and looked like “an elongated egg or Tic Tac”.

Pilots who witnessed the incident reported that they picked up the presence of 8 to 10 objects in their radar equipment.

Then in 2015 a veteran pilot of an F/A – 18 fighter aircraft witnessed a raft of anomalous aerial vehicles during the training exercise off the coast of Jacksonville.

Awestruck by what he had witnessed he said: “There’s a whole fleet of them. Look at that thing, it’s rotating.”

The term UFOs, which stands for “unidentified flying objects,” is now used less frequently by officials, who have instead adopted the term “unidentified aerial phenomena,” or UAP.

Neither the term UFO nor UAP means the unknown object is deemed extraterrestrial, and many such sightings end up having logical, and earthly, explanations.