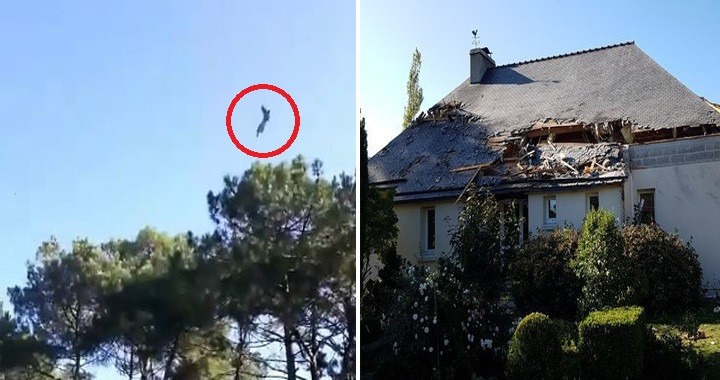 A Belgian Air Force two-seater F-16BM Fighting Falcon has crashed at around 10.30LT today in western France in a residential area after an inflight engine fire. The aircraft was unarmed and on a navigation training flight.

Both pilots managed to eject from the aircraft and would be unscathed even though one of them would still be suspended from a high-voltage electricity line after his parachute got caught. He was later rescued by emergency services.

One house was severely damaged, clipped by one wing of the aircraft, which then crashed in a cornfield. No injuries were reported on the ground.

The aircraft had departed from Florennes Air Base and was involved in a navigation exercise.

Belgian Defense spokesman Olivier Severin told the Belgian La Libre media outlet that a team from the Aviation Safety Directorate has already been dispatched to the crash site to investigate the incident.

Firefighters were called to the crash at 10.38am local time, according to French media reports.

Images from the scene showed flaming wreckage from the jet had caused damage to at least one home.

The F-16 is a single-engine, multi-role fighter originally developed for the US Air Force.

Its many variants have become popular with air forces around the world. Israel and Japan fly localised versions.

Previous U.S. Navy Finally Confirmed That Mysterious Videos Of Pilots Spotting UFOs Are Genuine
Next Belgian F-16 Pilot Was Trapped On High-Voltage Power Lines By His Parachute After Ejection